What are the broader implications of the president’s priorities? 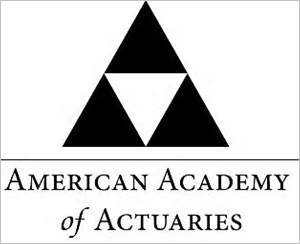 WASHINGTON, Jan. 25, 2018 /PRNewswire-USNewswire/ — Ahead of President Trump’s 2018 State of the Union speech, the American Academy of Actuaries is offering expertise on risk and financial security issues to public policymakers on issues the president may name as priorities in the speech, as well as on some that may not receive such attention.

“The American Academy of Actuaries’ mission is to provide objective and nonpartisan actuarial analysis of public policy â and this information aids Social Security, Medicare, Medicaid, and the public and private pension plans and insurance systems that millions of Americans depend on,” said Academy President Steve Alpert. “As we learn the president’s priorities for 2018, and Congress debates proposals affecting the sustainability, design, and other aspects of these plans and systems, the Academy’s expert fellows are available to discuss their actuarial implications.”

The Academy regularly provides policymakers at all levels of government with actuarially informed perspectives on risk and financial security issues, including both ongoing and emerging critical issues that the president may or may not include in his speech, such as:

Health insurance market stability. For policymakers, understanding potential solvency and adverse selection concerns surrounding the expansion of association health plans and insurance sales across state lines is critical. Expansion efforts can affect the composition and balance of insurance risk pools, insurer participation in markets, and costs and risks to policyholders, taxpayers, insurers, and other stakeholders.

The long-term sustainability of entitlement programs such as Medicare, Medicaid, and Social Security. According to the 2017 trustees’ report, the Medicare Hospital Insurance Trust Fund’s assets are projected to run out in 2029. Increased general revenue contributions, premiums, and cost-sharing for the Supplementary Medical Insurance Trust Fund will put financial pressure on beneficiaries and the federal budget. Medicaid block-grant and similar funding proposals have the potential to significantly impact state budgets, Medicaid enrollees, providers, managed care organizations, and other health care system stakeholders.

The retirement income security of current and future retirees, particularly in light of the continuing shift toward defined contribution plans and of the financial condition of distressed multiemployer plans. These trends have wide-ranging consequences for retirees, taxpayers, plan sponsors, and the Pension Benefit Guaranty Corp. Policymakers should consider innovative options for providing retirees with a secure lifetime income in particular, including those outlined in the Academy’s October 2017 position statement, “Retirement Income Options in Employer-Sponsored Defined Contribution Plans.”

Learn more about the Academy’s work on risk and financial security issues under the public policy tab at www.actuary.org.

The American Academy of Actuaries is a 19,000-member professional association whose mission is to serve the public and the U.S. actuarial profession. For more than 50 years, the Academy has assisted public policymakers on all levels by providing leadership, objective expertise, and actuarial advice on risk and financial security issues. The Academy also sets qualification, practice, and professionalism standards for actuaries in the United States.