Will robust house-buying power be enough to offset the growth in nominal house price appreciation expected next year or will the trend of declining affordability continue?

The October 2020 First American Real House Price Index released by the First American Financial Corporation, measures the price changes of single-family properties throughout the U.S. adjusted for the impact of income and interest rate changes on consumer house-buying power over time at national, state and metropolitan area levels.Â 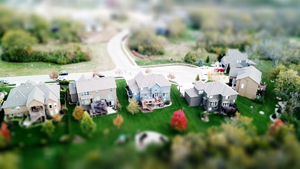 The RHPI measures the price changes of single-family properties throughout the U.S. adjusted for the impact of income and interest rate changes on consumer house-buying power over time at national, state and metropolitan area levels. Because the RHPI adjusts for house-buying power, it also serves as a measure of housing affordability.

âThe housing market prior to the pandemic could have been characterized as a sellersâ market, with a shortage of supply relative to demand. With the current supply of homes for sale even tighter relative to demand, it can only be characterized as a super-sellersâ market today. The pandemic has intensified a sense of home as refuge and falling mortgage rates have made financing a home purchase historically inexpensive,â said Mark Fleming, chief economist at First American. âAs a result, demand for homes has surged while the supply of homes for sale has fallen to near record lows, resulting in rapid house price appreciation. Nominal house price appreciation was 7.9 percent higher in October than in March of this year, a precipitous rise in just seven months that has pushed back against the 10.7 percent increase in house-buying power over the same period.

âThe good news is affordability has improved nationally by 2.5 percent since the start of the recession in March,â said Fleming. âIn this monthâs report, we dive deeper and examine how affordability trends have fared at the market level since March and, in particular, during the post stay-at-home-order super-sellersâ market of June to October.â

âMortgage rates are fairly consistent across the country, so when mortgage rates fall, they boost house-buying power and increase affordability in every city. However, the other components of the RHPI, household income levels and nominal house prices, vary market by market, so they do not have a uniform impact on affordability. During the initial months of the recession, from March through June, affordability improved because falling rates and rising incomes were enough to offset house price appreciation gains,â said Fleming. âHowever, as potential homebuyers emerged from the stay-at-home orders implemented early in the pandemic, the housing market began to heat up once more. Comparing the RHPI levels in October relative to the resurgence of home buyer interest in June, affordability declined in 24 of the top 50 markets we track.â

The five markets with the greatest decline in affordability since June were:

âJune marked a turning point in affordability trends for all five of these markets as affordability had actually improved in each market since the beginning of the recession in March, with affordability improving anywhere from 2.4 percent to 9 percent. However, the pent-up demand from spring came roaring back in June and the super-sellersâ market emerged,â said Fleming. âBetween June and October, nominal house price appreciation exploded in all five markets and household income levels declined in each market, except Cleveland, due to the economic stresses of the recession. Even though the 30-year, fixed mortgage rate fell from 3.16 percent in June to 2.83 percent in October, the rate-driven boost to affordability was not enough to offset the affordability loss from faster house price appreciation and lower household income.â

The Outlook For Affordability

The pandemic has intensified a sense of home as refuge and falling mortgage rates have made financing a home purchase historically inexpensive...

âRecent history has shown that in times of economic distress, lower mortgage rates have provided a boost to affordability that has partially offset the affordability loss from faster house price appreciation and lower household income,â said Fleming. âBut, in a super-sellersâ market where nominal house prices are increasing rapidly, lower mortgages are not always enough.

âIn 2021, mortgage rates are anticipated to remain near historic lows and the economy should improve as vaccinations become more widespread. Both of these conditions will keep house-buying power strong in 2021,â said Fleming. âYet, housing supply constraints will likely remain and continue to fuel a sellersâ market. The question is, will robust house-buying power be enough to offset strong nominal house price appreciation, or will the trend of declining affordability continue?â

First American Financial Corporation (NYSE: FAF) is a leading provider of title insurance, settlement services and risk solutions for real estate transactions that traces its heritage back to 1889. First American also provides title plant management services; title and other real property records and images; valuation products and services; home warranty products; property and casualty insurance; banking, trust and wealth management services; and other related products and services. With total revenue of $6.2 billion in 2019, the company offers its products and services directly and through its agents throughout the United States and abroad. In 2020, First American was named to the Fortune 100 Best Companies to Work ForÂ® list for the fifth consecutive year. More information about the company can be found at www.firstam.com.