It's the Most Expensive Time of the Year

Union Bank reveals how Gen Z plans to make the holidays extra jolly for themselves and Mom, plus more insights 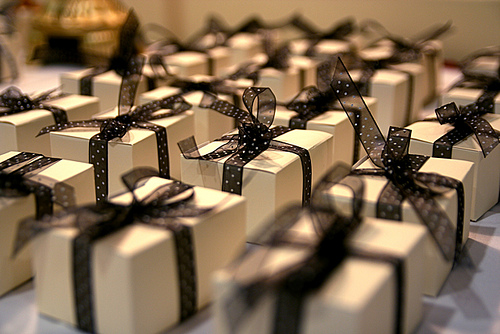 LOS ANGELES, Nov. 18, 2019 /PRNewswire/ — With many people in the U.S. getting a jump start on purchasing gifts for the winter holidays, Union Bank, a leading West Coast bank, revealed findings of a new survey to understand how people are spending their hard-earned cash this holiday season, including:

– 44 percent of Millennials admit to using money as an excuse to not travel home for the holidays.

– One in five Gen Zers plan to spend big bucks on Mom and themselves, possibly adding up to over $500 spent on the two gifts.

– Four in 10 respondents admit they feel pressure to spend on people they don’t want to, even more so for Millennials (56 percent).

Pets On Par With Grandma

Pets are on par with grandma and grandpa on many holiday shopping lists this year, with about 80 percent of respondents saying they plan to get gifts for their pets or grandparents. Meanwhile, grandparents prioritize their grandchildren, with 96 percent planning to give them gifts.

Relationships are lacking communication during the holidays, with half of people in relationships admitting they don’t agree with their significant other about how much to spend on each other.

“While many of us enjoy spending time with family and friends during the holiday season, it can also be a stressful time of year for many,” said Pierre P. Habis, head of consumer banking at Union Bank. “In fact, we find that people feel pressure to overspend and may make poor financial decisions at this time of year, the repercussions of which can linger for months into the New Year. But if we can use the holidays as an opportunity to talk about money, we can learn and adopt better financial habits that will help us all year long.”

The recent Union Bank Holiday Spending survey revealed that although two out of three U.S. consumers will give themselves a budget, it will still take 33 percent of them six months to recover from the holidays and pay off credit card debt. In fact, three in 10 people in the U.S. admit to spending more money than they should just to impress family and friends, and another four in 10 feel pressure to spend on those they don’t want to.

“Having a realistic budget and planning ahead are the best ways to control holiday spending,” said Tonya Rapley, millennial money expert, creator of the award-winning site My Fab Finance, and Union Bank expert partner. “Start with creating a budget that works with your holiday plans and wallet. Write a list of all the people you want to buy for, and include other related holiday expenses, such as travel costs, hostess gifts, gift wrap, holiday groceries, etc., and set a dollar amount for each. Also, the earlier you start, the more you can shop around for sales and special deals. It’s important to remain focused and resist temptation to add last-minute impulse items when you’re pressed for time or want to make your gift seem more meaningful.”

Mom and Me
Mom reigns supreme! Americans are most willing to go into debt to purchase Mom her dream gift, especially those in Gen Z, with 57 percent willing to go into debt compared to Millennials at 33 percent and Gen X at 21 percent. Gen Z will also spend just as much on holiday gifts for themselves as they do on Mom, with one in five planning to spend over $250.

Making the List
When it comes to spending, more than 40 percent of consumers in the U.S. focus gift-giving efforts on their inner circles, specifically family and friends. However, both Gen Z (35 percent) and Millennials (34 percent) are more likely to extend their pocketbooks to their work colleagues, compared to Gen X (28 percent) and Boomers (16 percent).

What do gift recipients really want, though? Despite most U.S. consumers planning to give openable presents to those on their list (66 percent), more Americans would prefer gift cards (51 percent) or cash (45 percent) than a present they can open (41 percent).

we find that people feel pressure to overspend and may make poor financial decisions at this time of year, the repercussions of which can linger for months into the New Year....

The most wonderful time of the year often goes hand-in-hand with overindulgences. U.S. consumers rank their holiday concerns:

About Union Bank
Union Bank is a full-service bank with a rich history of investing in our clients, communities and employees throughout the West Coast for more than 150 years. Union Bank provides a wide range of personal and business banking products as well as wealth management services. With more than 350 branches in California, Oregon and Washington, Union Bank remains committed to serving the needs of its local communities. As a member of the Mitsubishi UFJ Financial Group (MUFG), one of the world’s largest financial institutions, Union Bank holds our clients’ best interests to heart and remains committed to investing in their success.

About MUFG Union Bank, N.A.
As of September 30, 2019, MUFG Union Bank, N.A. operated 350 branches, consisting primarily of retail banking branches in the West Coast states, along with commercial branches in Texas, Illinois, New York, and Georgia, as well as 22 PurePoint Â® Financial Centers. We provide a wide spectrum of corporate, commercial, and retail banking and wealth management solutions to meet the needs of our clients. We also offer an extensive portfolio of value-added solutions for clients, including investment banking, personal and corporate trust, global custody, transaction banking, capital markets, and other services. With assets of $134.7 billion, as of September 30, 2019, MUFG Union Bank has strong capital reserves, credit ratings and capital ratios relative to peer banks. MUFG Union Bank is a proud member of the Mitsubishi UFJ Financial Group (NYSE: MUFG), one of the world’s largest financial organizations with total assets of approximately Â¥314.5 trillion (JPY) or $2.9 trillion (USD)Â¹, as of September 30, 2019. The corporate headquarters (principal executive office) for MUFG Americas Holdings Corporation, which is the financial holding company, and MUFG Union Bank, is in New York City. The main banking office of MUFG Union Bank is in San Francisco, Calif.

The Union Bank Holiday Spending Survey was conducted by global market research firm Edelman Intelligence, and interviewed a nationally representative sample of 1,000 American adults ages 18+. Fieldwork took place from October 11-21, 2019. The margin of error at the 95% confidence level is +/- 3.1 p.p. for American adults.