The Changing Nature Of Grief

68 percent of Americans would welcome more open dialogue around grief

New York Life Foundationâs Second Annual State of Grief Report finds 74 percent of Americans want to focus on lighter topics after the events of the past two years, while 78 percent think more can be done to increase awareness of grief support services. View the full report here. 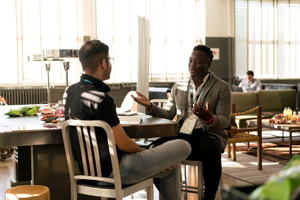 NEW YORK–(BUSINESS WIRE)–While most Americans understand the importance of talking about grief, people are growing tired of discussing death and loss, according to new research from the New York Life Foundation. This yearâs State of Grief Report found that 74 percent of respondents want to focus on lighter topics of conversation more than two years after the COVID-19 pandemic began. Despite this fatigue, 78 percent think more can be done to increase awareness of grief support services, and 68 percent would like a more open dialogue around grief in the U.S.

âThe pandemic was an inflection point for the nation and a unique moment in time for us in the bereavement field to raise awareness about bereavement and grief and the resources available, while the world was paying attention,â says Heather Nesle, president of the New York Life Foundation, one of the largest corporate funders of support for childhood bereavement. âOur message is that we need to focus on resiliency, realize the power in creating a supportive community, and continue to encourage open conversations about grief in support of those who are suffering.â

Notably, the current study shows that individuals are growing more comfortable talking about death and loss with 68 percent of respondents agreeing they can discuss these topics. By comparison, only 55 percent of adults said theyâre comfortable having conversations about personal finance matters, for instance.

Schools continue to be centers of support for grieving children and can play an essential role in providing long-term resources for grieving students, especially realizing that an estimated 1 in 13 American children experience the death of a parent or sibling by age 18.1

This yearâs research revealed a growing focus on the opportunity for after-school programs to support grieving students and how their roles could become even more meaningful based on the demonstrated successful outcomes. In response, the New York Life Foundation is in the process of expanding its Grief-Sensitive Schools Initiative to the after-school space. The program will be piloted in 2023 before launching more broadly in 2024.

Schools and After-school Programs are Centers of Support

Taking Time for Self-Care at Home

The new findings indicated that most parents sacrifice their own mental health and wellness to focus on the well-being of their children.

According to the New York Life Foundation, neglecting their own needs, especially if adults are grieving themselves, can ultimately cause more harm to their children in the long term. If adults donât take care of themselves, they canât be effective parents, especially to grieving children.

Our message is that we need to focus on resiliency, realize the power in creating a supportive community, and continue to encourage open conversations about grief in support of those who are suffering...

Survey results show that few employers are doing enough to support their grieving workers and their managers and that communication about bereavement resources and training needs to be improved in the workplace.

In response to this gap in support for grieving workers and their managers, New York Life is bolstering the ways in which it supports employees who have suffered the loss of a loved one. In addition to a recently expanded bereavement leave policy, the Foundation is developing a workplace bereavement initiative that will provide ready resources and training to aid grieving employees and educate managers and colleagues on being grief-sensitive. The initiative will launch in the first half of 2023.

The 2022 State of Grief Report, which also features insights from the New York Life Foundationâs extensive network of bereavement experts, is available here.

Free bereavement resources from the New York Life Foundation can be found here.

Two polls were conducted by Morning Consult between August 24-26, 2022 and October 11-13, 2022. Both polls had a sample of 4,422 General Population Adults. The interviews were conducted online, and the data was weighted to approximate a target sample of adults based on gender, educational attainment, age, race, and region. Results from the full survey have a margin of error of plus or minus two percentage points.

About the New York Life Foundation

Inspired by New York Lifeâs tradition of service and humanity, the New York Life Foundation has, since its founding in 1979, provided over $415 million in charitable contributions to national and local nonprofit organizations. The Foundation supports programs that benefit young people, particularly in the areas of educational enhancement, childhood bereavement and social justice. The Foundation also encourages and facilitates the community involvement of employees and agents of New York Life through its Volunteers for Good program and Grief-Sensitive Schools Initiative. To learn more, please visit www.newyorklifefoundation.org.