The Self-Employed Are Defying Retirement While Overlooking Essential Preparations

Examining the preparations, expectations, and vulnerabilities of the self-employed

Transamerica Center for Retirement Studies has published new research on how we imagine, and mange retirement. Read the full report here. 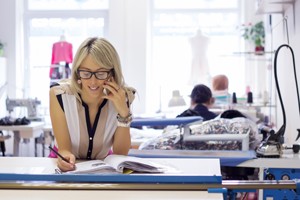 Jul 24, 2019 — LOS ANGELES, July 24, 2019 /PRNewswire/ — Only 26 percent of the self-employed are “very much” looking forward to retirement according to findings from Self-Employed: Defying and Redefining Retirement, a new study released today by nonprofit Transamerica Center for Retirement StudiesÂ® (TCRS).

“The self-employed are enjoying life. Given the autonomy and flexibility in their work situations, the concept of retirement is less relevant to them and not necessarily something they aspire to,” said Catherine Collinson, CEO and president of Transamerica InstituteÂ® and TCRS.

The survey of 755 respondents explores the retirement outlook of individuals who are primarily self-employed. The survey’s sample comprises respondents who indicate that full-time or part-time self-employment best describes their employment. Forty-seven percent are sole proprietors and 27 percent own a business that employs others. Among the 26 percent who are freelancers, only nine percent participate in an internet platform or app.

“Unfettered by employers that can profoundly influence when and how they will retire, the self-employed have a strong vision of retiring on their own terms. Many intend to work beyond traditional retirement age, while others have no intentions of ever retiring,” said Collinson. Sixty-eight percent of the self-employed are planning to work past age 65, including 40 percent who expect to retire after age 65 and 28 percent who do not plan to retire. Moreover, 62 percent plan to continue working in retirement.

Among the self-employed who expect to retire after age 65 and/or continue working in retirement, their reasons for doing so are more often healthy-aging related (83 percent) than financial (73 percent). The most often cited reasons are to be active (59 percent), keep their brain alert (56 percent), enjoy what they do (54 percent), and want the income (54 percent).

The majority of the self-employed (74 percent) envision either continued work or a gradual transition into retirement, including 28 percent envisioning working as long as possible, and 46 percent thinking they will reduce their work hours or work in a different capacity that is less demanding and/or brings greater personal satisfaction. Only 11 percent of the self-employed plan to immediately stop working when they retire.

Retirement Savings of the Self-Employed

“Whether or not they intend to retire, the self-employed should financially prepare themselves for a time when they will no longer be working. Unlike employed workers with steady paychecks and employer-sponsored benefits, the self-employed must take a do-it-yourself approach to preparing for retirement,” said Collinson.

Most of the self-employed are saving for retirement to a greater or lesser extent, with 55 percent consistently doing so, and 30 percent saving from time to time. A concerning 15 percent say they never save for retirement.

Total household retirement savings among the self-employed is $71,000 (estimated median). The research finds that relatively few are saving in tax-advantaged retirement accounts, which suggests they may be missing out on an opportunity. Only 31 percent are saving in a Traditional or Roth IRA.

Six Ways the Self-Employed Can Financially Prepare for Older Age

The survey findings uncovered opportunities for the self-employed to improve their preparations for older age and retirement. Six recommendations are:

Whether or not they intend to retire, the self-employed should financially prepare themselves for a time when they will no longer be working. Unlike employed workers with steady paychecks and employer-sponsored benefits, the self-employed must take a do-it-yourself approach to preparing for retirement...

“The self-employed enjoy greater freedom than employed workers â but it comes with complex retirement planning requirements. While working beyond traditional retirement age can bring income, opportunities to save, and healthy-aging related benefits, planning not to retire is not a retirement strategy. All too often, life’s unforeseen circumstances can derail the best-laid plans. The self-employed can and should be doing much more to build and protect their long-term financial security,” said Collinson.

Self-Employed: Defying and Redefining Retirement compares the retirement outlook of the self-employed with employed workers. It builds on the 19th Annual Transamerica Retirement Survey, one of the largest and longest running surveys of its kind, and represents the first year the self-employed were added to the research. Please visit TCRS at www.transamericacenter.org to view the survey report along with other research reports and materials. Follow TCRS on Twitter @TCRStudies.

About Transamerica Center for Retirement Studies
Transamerica Center for Retirement StudiesÂ® (TCRS) is a division of Transamerica InstituteÂ®, a nonprofit, private foundation. Transamerica Institute is funded by contributions from Transamerica Life Insurance Company and its affiliates and may receive funds from unaffiliated third parties. TCRS and its representatives cannot give ERISA, tax, investment or legal advice. This material is provided for informational purposes only and should not be construed as ERISA, tax, investment or legal advice. Interested parties must consult and rely solely upon their own independent advisors regarding their particular situation and the concepts presented here. For more information please visit www.transamericacenter.org and follow TCRS on Twitter at @TCRStudies.

About the Survey
The analysis contained in Self-Employed: Defying and Redefining Retirement was prepared internally by the research team at TCRS. The 25-minute online survey was conducted within the U.S. by The Harris Poll on behalf of TCRS between October 26 and December 11, 2018 among a nationally representative sample of 5,923 full- and part-time workers, including self-employed. This report compares the 755 workers who self-identify as self-employed with the 5,168 who do not. Results were weighted where necessary to bring them into line with the population of U.S. residents age 18+ who are self-employed, and to adjust for attitudinal and behavioral differences between those who are online versus those who are not, those who join online panels versus those who do not, and those who respond to surveys versus those who do not. No estimates of theoretical sampling error can be calculated.