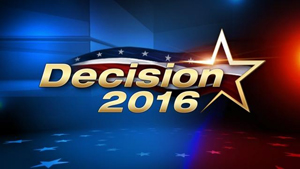 Capital markets donât like surprises and demonstrate so with sharp price swings, much like what global markets have seen since the first election results came out. Markets, however, have also proven to be pragmatic and capable of adapting to new conditions. What does a Trump presidency really change?

The GOPâs wild bet
The Republican partyâs very bold bet of standing behind Donald Trump paid off, allowing the party to pull off an unlikely but major sweep of the U.S. presidency, House of Representatives, and Senate. Talk of a âRepublican mandateâ now emerges and will translate into potentially major policy changes and court appointments friendly to Republican values.

Selective major policy rollback
Trump is likely to roll back Obamacare and parts of the Dodd-Frank Act, but just which parts will go are still up in the air.

Trade policy
President Trump will push for Congressional efforts to revisit/repeal select trade deals. The U.S. is not an open economy (i.e., a foreign-trade-oriented country), and the trade reform contemplated should have a minor effect on overall economic vitality. It will, however, be very popular in certain states that voted him into power. His likely protectionist policies will lead to higher inflation prospects and lower trade/balance of payment deficits, and could ultimately boost the U.S. dollar.

Tax policy
There is a potential for a simplification of tax policy, something that both parties and multiple candidates over the past few elections have discussed. Will this be a President Trump priority? Possibly, but we think he will look to solidify his support in Congress through selective repeal of Obamacare and let tax policy reform take a back seat.

Inflation outlook
The Federal Reserve is widely expected to raise rates during the Trump presidency, something that could at some point lead the newly elected president to verbally intervene. Trumpâs protectionist trade policy in todayâs already low unemployment rate environment will likely lead to higher wages and inflation rates. Even so, both the Fed and Trump desire a healthy U.S. economy, and we believe they will likely agree more than they will disagree on policy.

Securities regulators
SEC Chair Mary Jo White is likely to finish her termâsomething that would have been in doubt had Hillary Clinton been elected and Senator Elizabeth Warren reiterated her displeasure with the SEC chair. Both the SEC and CFTC are unlikely to get budget increases to boost their market surveillanceâthe CFTC, for instance, had asked for a 32% budget increase in fiscal year 2017. New commissioners and new chairs to be appointed under President Trump will likely set a much more market-friendly tone than that seen during President Obamaâs terms.

Prospect for regulation that hurts Wall Street
A few weeks ahead of the election, there was talk of President Trump leaning hard on Wall Street, but we believe this was a tactical shift to keep Hillary Clinton from outflanking him on the topic of Wall Street reform. Time will tell, but we highly doubt new pieces of legislation building on what Dodd-Frank started will be forthcoming under President Trump.

Regulation
Donald Trump has advocated in favor of loosened regulations. Although he pursues the elimination of all existing regulation, it is obvious that it is an extremely complex task, considering the need for the views of both the House of Representatives and the Senate to align. He might, however, loosen certain regulations in the longer term, such as capital requirements for financial institutions, or maybe eliminate a few specific lines from Dodd-Frank. Although Dodd-Frank is almost implemented, a few areas are still in progress. In the short term, expect the brakes to be put on requirements that are yet to come into force.

[Trump's] likely protectionist policies will lead to higher inflation prospects and lower trade/balance of payment deficits, and could ultimately boost the U.S. dollar

Interest rates and markets
The implied uncertainty will cause market volatility to peak. Although throughout the race Trump has shown different views toward interest rates, his latest statements clearly show that the market may experience an immediate increase in interest rates. However, given the expected short-term market turmoil, it is unlikely that the Fed would be willing to raise rates immediately in the middle of a market period with heightened volatility. Trumpâs stance toward protectionism may benefit small cap stocks, as they are more reliant on the national markets, so a potential bump in small caps might be expected.

Interest rates
Trump has clearly stated that he believes that interest rates are being held at an artificially low rate, so expect to see a rate hike early in his term.

Regulation
Trump has also been vocal in his opposition to Dodd-Frank; expect to see a renewed effort by Republicans to peel back elements of the legislation, knowing that a presidential veto is not a concern.

Trumpâs win will have significant implications in two areas: interest rates and regulations that impact lending to businesses.

Trumpâs win means that the business of lending to small and midsize businesses (SMBs) will remain the wild west that it has become as a result of the arrival of alternative lenders.Â Of these lenders, there are dozens, all with promises of fast credit application response times, coupled with high interest rates disclosed with insufficient transparency.Â Trumpâs win means that these players, whose business models and investor class have little tolerance for the costly back offices necessary for compliance with onerous regulatory bodies, will continue to operate as they have been.

Stress testing, mandated under the Dodd-Frank Act, will be impacted by the Trump presidency, but in a curious way.Â I see Trump becoming convinced that stress tests are too onerous and costly for banks, with the result being a de facto disbandment of this portion of the Dodd-Frank Act as a result of defunding. But interestingly, the banks I have talked to actually like their stress tests deep down inside.Â This is because these tests are a form of risk analytics that banks know they should have begun doing long before these tests became mandated under their various regulatory labels: DFAST, CCAR, stress tests, etc.Â In other words, expect the stress-test mandate to go away, but expect banks to keep performing them nonetheless.

Outside of repealing ACA, which is a chief objective for his first 90 days, Trumpâs election could be a boon for health saving account players, as this product and its tax-free implications and inclusion into an individualâs estate could draw more young individuals to the product, similar to the 401(k) model.

For additional questions, commentary, or to speak with our analysts please contactÂ us at: [email protected]
About Aite Group:

Aite Group is a global research and advisory firm delivering comprehensive, actionable advice on business, technology, and regulatory issues and their impact on the financial services industry. With expertise in banking, payments, insurance, wealth management, and the capital markets, we guide financial institutions, technology providers, and consulting firms worldwide. We partner with our clients, revealing their blind spots and delivering insights to make their businesses smarter and stronger. Visit us on theÂ webÂ and connect with us onÂ TwitterÂ andÂ LinkedIn.