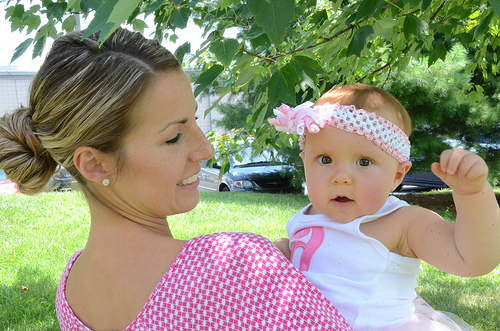 OMAHA, Neb.–(BUSINESS WIRE)–When it comes to retirement planning, Generations X and Y have learned from the mistakes of their elders2, while the younger Generation Z shows some signs of nest egg naivety1, according to new survey findings released by TD Ameritrade Holding Corporation (NYSE: AMTD).
Nearly 60 percent of Gen X (59%) and Gen Y (56%) make regular, automatic contributions toward their retirement savings2, compared to 46 percent of non-retired Baby Boomers2. And when it comes to getting a jump on their nest egg, younger generations are eager to get started â both Gen X and Gen Y started saving for retirement, on average, in their mid- to late-twenties2. Thatâs nearly a decade earlier than Baby Boomers who, on average, stared saving at age 352.

âFor even the most sophisticated investor, retirement planning can be a tough concept to grasp,â said Carrie Braxdale, managing director, investor services, TD Ameritrade, Inc., a broker dealer subsidiary of TD Ameritrade Holding Corporation. âGen X and Y have accepted the reality of the past few years, and rather than being discouraged, they are using what they’ve witnessed to their advantage by saving earlier and regularly. The hope is that tomorrowâs investors, Gen Z, follow suit as they near retirement.â

For the teens and young adults of Generation Z (ages 13-22) who have grown up in households that struggled through the recession, the question remains as to whether they have been tainted by the gloom and doom or driven to be better. According to the survey, Gen Z generally understands the importance of saving money â over half (56%) said they have a savings account â thanks to the influence of early conversations about money with their parents1. But, those conversations have largely been about saving in general (82%) or saving for college (67%), rather than preparing for retirement (38%)1. Just eight percent of Gen Z reported they are currently saving money for their âgolden yearsâ1.

In fact, many Gen Z savers have a very different outlook on retirement saving strategies and timing when compared to their parents:

âThe good news is that Gen Z is starting off with a good understanding of the importance of saving,â said Braxdale. âBut that doesnât mean they should wait to become more educated on proper long-term savings habits. We encourage parents to talk to kids specifically about retirement savings to ensure they understand the importance of getting a head start and taking advantage of the power of compounding.â

TD Ameritrade’s website offers a number of free retirement planning resources that can help investors explore many of these questions â and more â including:

1. A “Cost of Waiting” Calculator that can help you understand why starting to save earlier is better in the long run

2. WealthRulerâ ¢ retirement calculator that can help you estimate your retirement readiness