A new report from the National Institute on Retirement Security offers four policy solutions to strengthen retirement outcomes. Access the report here. Register for a Sept 16, 2020 webinar on the topic here. 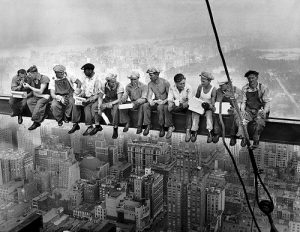 WASHINGTON, D.C., September 9, 2020 â The burden of preparing for retirement is increasing as workers face more risk and rising costs. Escalating housing, healthcare, and long-term care costs in retirement are creating retirement obstacles for Americans. Also, the shift from pensions to 401(k) plans has pushed more retirement risk onto workers.

These findings are detailed in a new study from the National Institute on Retirement Security (NIRS), The Growing Burden of Retirement: Rising Costs and More Risk Increase Uncertainty, available here. Authored by Tyler Bond, NIRS research manager, and Dan Doonan, NIRS executive director, this report provides a roadmap to the many hurdles that are making it increasingly difficult to achieve a financially secure retirement.

âTaken together, rising costs and the challenge of accumulating and investing savings are making retirement an unsolvable puzzle for most Americans,â said report co-author Tyler Bond. âWeâre on a path to a predictable and unfortunate outcome â millions of working Americans unable to meet their basic needs in retirement. This report details the complex burdens and pitfalls facing workers who often are trying their best to prepare for retirement. We find that four public policies would substantially improve Americansâ retirement outcomes: addressing long-term care costs, creating stronger tax provisions, improving lifetime benefit options, and expanding Social Security,â Bond explained.

âAbsent a serious rebuilding of Americaâs retirement infrastructure, these systemic problems will be unsurmountable for too many families,â said report co-author Dan Doonan. âInstead, policymakers can take steps now to build forward-looking solutions that enable Americans to be self-sufficient as they age. Otherwise, older Americans will be forced to turn to their families or government programs to meet their most basic needs. That is a burdensome, costly and unsustainable approach,â Doonan said.

The report finds that:

Healthcare costs continue to rise for all Americans, but these costs are higher for older Americans, who are more likely to have multiple chronic health conditions. Furthermore, lower-income seniors spend a greater proportion of their income on healthcare costs than their more affluent peers.

Long-term care costs represent an increasing challenge for many older Americans as more senior citizens need long-term care every year. While it can be prohibitively expensive for those who require nursing home care for multiple years, the majority of seniors receiving long-term care will receive it at home or in a non-nursing facility. This need is projected to increase even more as the Baby Boomers continue retiring.

Creative solutions exist to address these challenges. Washington State is pioneering a program to cover long-term care costs using a social insurance model. The private sector is working to create lifetime income options for retirees and expand access to workplace plans. Meanwhile, experts have proposed allowing retirees to purchase annuities through Social Security. And, expanding Social Security would have a broad impact as most seniors receive the majority of their income through the program.

Excerpts From he Study ‘The Growing Burden Of Retirement

The Challenge Of Savings

Taken together, rising costs and the challenge of accumulating and investing savings are making retirement an unsolvable puzzle for most Americans...

Working people need to start preparing for retirement as soon as they enter the workforce. That might sound paradoxical for a younger worker who may work for another 42 years, but there are good reasons to start saving early. Fidelityâs model assumes workers begin saving 15 percent of their salary at age 25 and have one times their salary saved by age 30.

For a worker who perfectly follows this path and achieves each of the recommended savings targets along the way, they likely will be well-prepared for a secure retirement. Unfortunately, the available evidence suggests this doesnât happen. Less than half of all workers in the U.S. have access to a retirement savings plan through their employer at any given time.

Workers are 15 times more likely to save for retirement if they are offered a plan through their employer, so this lack of access creates an immediate hurdle to saving. Even if an employer offers a plan, workers may not be eligible to participate in the plan if they donât work enough hours or have not worked long enough for the employer. These eligibility obstacles particularly impact part-time workers (who are more likely to be women) and younger workers, hindering the recommended early start to saving. Previous NIRS research found that only 40 percent of workers in 2014 were participating in an employer-provided plan, after overcoming the access and eligibility hurdles.

Saving enough for retirement is a challenge that most American workers will face. The many hurdles involved in saving enough have been detailed in the first part of this report. Unfortunately, the difficulty of retirement planning doesnât stop there. Converting savings to income and rising costs in retirement also present obstacles for many senior citizens, even when individuals followed a reasonable savings plan. These issues and their impact on retirement security are discussed throughout the rest of this report.

Interest rates impact the level of income retirees might receive from their savings in a few ways. First, if a retiree plans to purchase an annuity, the interest rate is a key driver of pricing because insurance companies typically invest the vast majority of annuity sales in fixed income products that are interest rate sensitive. This practice makes it more likely that these product lines will not fail due to adverse investment experience, but it also means retirees largely will not benefit from much equity premium in their investments.

In addition, even if an individual hits their savings target, they may not achieve the anticipated level of income from those assets. In short, it is another layer of volatility that arises through timing and interest rate risk. Individuals, unlike long-term investors, cannot smooth interest rate risk over time other than by trying to find an opportune time to purchase an annuity.

Thus, if one would have purchased an annuity in the 1980âs or 1990âs when interest rates were generally much higher (typically from 6 to 14 percent), the assets invested would have produced significant income for the insurance company selling the annuity. This leads to more income for retirees, per dollar invested.