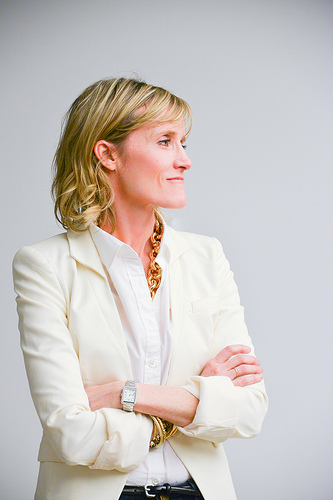 Ms. Phelan has spent more than 18 years at some of Wall Street’s largest and most prestigious investment firms. She holds an MBA in finance from the University of Connecticut, and provides personal financial advice to clients coast to coast. The author of “Women, Money and Prosperity: A Sister’s Perspective on How to Retire Well,” (www.donnamphelan.com), she has lectured at conferences nationwide on a broad range of financial topics and has published numerous articles on investments, retirement and financial planning. Phelan was formerly president of the American Association of Individual Investors (AAII) Connecticut state chapter and was active in the Financial Women’s Association (FWA) in New York.


Although it is improving, there is an economic cost to being a woman that reverberates into retirement. It results from multiple long-term socio-economic conditions.

The Center for American Progress calculates that over a forty-year career life, that difference may add up to $300,000 for lower earners, $431,000 for average earners and $723,000 for higher earners. Women are also less likely than men to start their careers in, or get promoted to management positions. A March 2010 Catalyst article in the Harvard Business Review reports that “women continue to lag men at every single career stage, right from their first professional jobs.”

Where are the women CEOs?

Women comprise only 5 percent of CEOs of the Fortune 500 companies. A 2014 Grant Thornton International Business Report survey, featured in the March 6, 2014 issue of Forbes, found that the number of women in senior management has “stagnated” at 24 percent since 2007.

This means that most women miss out on the majority of lucrative executive benefits that may help secure their retirement. An August 14, 2013 article in the Wall Street Journal, quoted an Aon Hewitt study, which said that the 401(k) gender gap is even bigger than the gender pay gap. The study showed that the average man’s 401(k) savings was $100,000 dollars. The average woman’s 401(k) retirement saving’s was $59,300 dollars– a full 40 percent less. Women are more likely to leave the workforce for childcare and eldercare.

This redirects their resources of time, money and energy away from retirement saving. It also hinders career progress. Studies by Claudia Goldin of Harvard show that when women reenter the workforce, they permanently lag behind in pay and promotions.

... there is an economic cost to being a woman

Women who leave the workforce for caregiving also incur consequences for Social Security. Women receive about one-fourth less than men in Social Security benefits, $13,236 versus $17,004. Nearly 30 percent of women over age 65 rely on Social Security for virtually all of their income, a rate that increases with age.

The percent of women older than 65 living below the poverty level of $11,670 was 11 percent versus 6.6 percent for men, and 18.9 percent versus 11.9 percent for those living alone. Women who turn on Social Security early for financial reasons permanently lock in a lower lifetime benefit in what may be their only pension. Women also tend to work in industries that don’t offer retirement plans, so they miss the opportunity for wealth building through an employer match.

With women’s average income hovering around $38,345, it is difficult to see how women would have any discretionary income left over for retirement saving. Marital status is also a factor. Married women fare best, divorced and widowed women next best. Never-married single women incur the most cautious outlook for retirement.

The longevity gap between men and women is narrowing, but women still outlive men, and end up living out their later years alone. Greater longevity is accompanied by larger risk of diminished purchasing power due to inflation. The many socioeconomic issues facing women and retirement raise concern.

With the savings from reduced housing expenses, women could make financial investments in income-producing vehicles. Women could also turn their hobbies – for which they already have the skills, tools and materials – into profitable home-based businesses. Women need to understand the role they play in their own retirement and take responsibility. They need to become financially literate and realize they will need income for life.

Women need to create stackable income streams to empower their retirement security and meet their monthly spending needs. Women should also start talking to other women about retirement planning. What are their friends doing to prepare for retirement? What if they got together once a month over coffee to start a conversation about women and retirement? They might discover that they have ideas, talents and resources to share with other women, which might enhance the retirement planning experience and success of a larger scope of women.