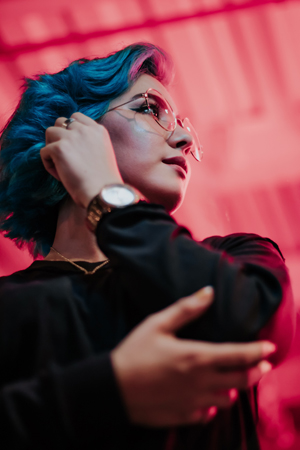 Advisors hear this sort of tale all too often. Serious financial decisions are made without wivesâ knowledge or understanding of the ramifications to their own retirement security. Even when financial advisors have yet to explain the pros and cons of Social Security options, some clients make their claiming decisions. The advisors are at a loss. The wives risk losing valuable income and are subject to consequences that neither spouse understood.

How Important Is Social Security To Women?

In a word: critical. In fact, for the vast majority women, Social Security is their single most important source of income for their entire retirement. Regardless of their tax bracket or wealth.

Understanding the implications of claiming Social Security is not so clear for many women. Letâs look at 5 of the most likely missteps women make when it comes to Social Security.

Misstep #1: Failing to initiate a Social Security conversation with their husband
Anyone who has worked a long time gets pretty tired by age 60. Many husbands have logged 40 years of stressful work by 60 and have felt the brunt and burden of providing for their wife and family. Not all men, but the majority of those retiring today.

So, it shouldnât be a surprise that theyâre thinking about retiring and claiming at age 62. However, because a husbandâs decision about Social Security impacts his wife so severely, and for such a long time, itâs incredibly important that she get ahead of the situation. If talking about money hasnât been part of their pre-retirement years, it needs to become a hot topic now that retirement is fast approaching. And, women need to break old habits and start a conversation with their husbands.

In many cases, women have been protected from much of the financial planning in a household, or have declined to be involved. The issue is that unless the husband fully understands how his claiming decision affects his wife, odds are high that the consequences for her are destabilizing.

Claiming early forever locks wives into the least amount of Social Security for her. While both are alive, they get substantially less from Social Security. But, if she becomes a widow, she receives the smallest survivor benefit, and the overall household income from Social Security drops by one-third to one-half while expenses typically stays about the same.

Advisor tip: Proactively start Social Security discussions with couples by age 55. Show real examples of the severe impact on the wife during retirement and if she becomes a widow. Follow up directly with each person individually to ensure they truly understand how critical a husbandâs claiming decision is going to be.

Misstep #2: Claiming early reduces payments only until FRA
One of the most common misperceptions among women is that they can claim their retirement benefit at age 62, settle for the âreduced paymentâ for 4 or 5 years, and then get a âbump upâ when they reach FRA. This misunderstanding probably stems from the fact that oneâs statement shows estimates at FRA, at age 70, and age 62. But it does not specifically state that once you begin, you have locked in your payment amounts for life.

Women are more vulnerable to early claiming for a variety of reasons:

The problem, of course, is that as soon as they stake their claim, itâs an all-but-permanent decision. Monthly income never âbumps upâ to the FRA amount. Sure, they get COLAs each year, but the 25% to 30% decrease in income is nearly impossible to make up, and couples spend down their own personal resources at a faster rate than planned.

Advisor tip: Ask clients to bring the most current copy of their Social Security statement to their next appointment. Review their estimates in detail. Discuss how claiming decisions are permanent decisions. Help clients figure out which age work best to claim for their long-term financial health.

So, a remarried womanâs claim is not a choice between her ex and her current husband. Sheâll receive a higher benefit either as a current spouse or on her own record. The ex is not considered unless the current husband and the ex-husband have both died...

Misstep #3: Thinking they have a choice to claim on their current husbandâs record or their ex-husbandâs record
Women who have remarried after a divorce think they get to choose their Social Security benefit based on the spouse who has the best work record. This is a point of confusion for many.

There is not a choice when a divorced woman has remarried. This misunderstanding is that divorced women know only one key rule about divorce: you must have been married to the ex for 10 consecutive years or longer. Unfortunately, theyâve missed the rule about being unmarried at the time they claim Social Security.

So, a remarried womanâs claim is not a choice between her ex and her current husband. Sheâll receive a higher benefit either as a current spouse or on her own record. The ex is not considered unless the current husband and the ex-husband have both died. In that case, she may be eligible for a higher survivor benefit on the ex than on the second husband.

Advisor tip: Council your remarried clients about the rules. A spouse is a spouse, and itâs only the current spouseâs record they may receive a benefit on.

Misstep #4: Assuming they donât qualify for their own benefit
Women who worked part-time or worked non-consecutive years have heard that you need 10 years of work to qualify for Social Security. They interpret this (or have been told erroneously) as working 10 consecutive years. This is not the case.

Once youâve earned credits, you always have them. Keep in mind, however, that even if a woman earned her 40 credits, Social Security will still calculate her benefit using her highest 35 years of earnings. If she only has 10 years of earnings, 25 zeros will be part of her calculation, and itâs likely that her highest benefit will be as a spouse or ex-spouse.

Advisor tip: Make sure you explain the difference between qualifying for benefits (need 40 credits) and how Social Security calculates on 35 highest years of earnings. Discuss whether itâs truly feasible for a woman who wants to retire to continue to work or not.

Misstep #5: Waiting to claim after age 70 leaves money on the table
On occasion, professional women who continue to work after age 70, wait until they retire before claiming their Social Security benefit. Theyâve heard that they get an 8% âbonusâ each year they wait to claim. Theyâve somehow not heard that the 8% only applies to months between FRA AND age 70. After 70, no more Delayed Retirement Credits (DRC).

When these women do eventually claim, the Social Security Administration will provide âback payââbut only for six months. So, if a woman who is gainfully employed and decided she didnât need the money turns 74 this year, sheâs left three and a half years of money on the table that she cannot reclaim.
Her overall monthly check would be higher at 74 than it was at age 70; sheâll still be accumulating COLAâs and her new wages may be among her 35 highest years. But her DRCs stopped accumulating at age 70. The multiplier is 1.32 if her FRA was 66 and 1.24 if her FRA is 67.

Advisor tip: Discuss how DRCs work and when they stop accruing. Help ensure your clients who want to work longer understand the logistics of working after 70.

You may encounter other missteps in addition to these five. The best line of defense you can offer your clients is to begin Social Security discussions as early as possible. Talk to your women clients about the implications of moving in and out of the workforce. Encourage clients to share what they think they know about how Social Security will work for them and dispel the misunderstandings. Make sure husbands calculate the long-term implications on his dependent wife if he wants to claim earlyâand how his decision impacts her survivor benefits. The goal is to help clients avoid common missteps and make smarter decisions about Social Security. Their choices directly impact their hard-earned savings and lifestyle in retirement.