While gender-neutral in theory, Social Security provides differentÂ  levels of security for women and men

Excerpts from the May 2017 Issue brief from the American Academy of Actuaries. Read the entire report here. 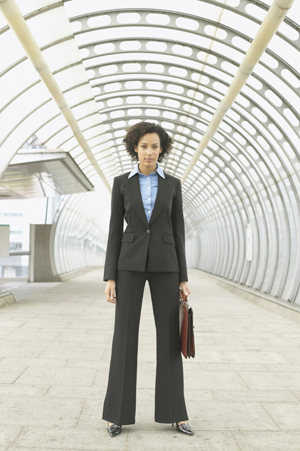 Social Security provides benefits on a gender-neutral basis. Benefits are based on an individualâs earnings record, employment history, and family composition. However, gender-related differences in the American work culture mean that, in reality, Social Security provides different levels of retirement security for women and men.

When the current benefit structure was set up, the traditional roles of men in the family as primary wage earners and women as primary child care providers were predominant. The system provides higher benefits relative to contributions to married couples with a primary wage earner compared to unmarried individuals and couples where both spouses work and earn about the same total amount.

As women have increasingly assumed roles as single heads of families or as co-equal wage earners in their families, situations frequently arise where Social Security provides lower benefits for the same contributions, or requires significantly higher contributions with little, if any, increase in benefits compared to the âtraditionalâ family.

Other gender-related factors that can cause differences in the benefits women and men receive from Social Security include:

Employment history and earnings
Women tend to have more frequent breaks in employment due to child-bearing, child care, or caring for elderly parents or relatives. When they are working, women on average earn less than their male counterparts. Thus, women generally receive smaller monthly Social Security benefits based on their own earnings histories, as compared to men.

Life expectancy and assets
Women, on average, live longer than men and are more likely to outlive accumulated personal assets and may therefore be more dependent on Social Security.

Marital status
Women, on average, are more likely than men to become widowed before or during retirement as a consequence of longer life expectancy, and the fact that women are often younger than their spouses. In addition, older women who lose a spouse are less likely than men to remarry. These factors mean women are likely to spend longer periods during retirement unmarried, and these periods are likely to fall at more advanced ages.

Social Security survivor benefits are designed to provide retirementÂ security to dependent children, widows and widowers, but provide no protection for the never-married or for divorcees if the marriage lasted less than 10 years. Social Security recognizes differences in financial circumstances among the workers and dependents it covers. As such, the current Social Security program provides certain safety net (or social adequacy) features to assist the less well-off in having enough income for retirement security.

Although these features are not targeted at women, women often benefit from them more than men because of the factors outlined above. Some Social Security reform options that have been or are being contemplated would change the social adequacy components of the program, with potentially disproportionate effects on women relative to men. This issue brief discusses the relative differences in the factors affecting men and women, such as those noted above, as well as how these differences contribute to disparate benefits under Social Security.

This includes the impact on an average woman of (a) the social adequacy provisions of the current Social Security program and (b) various proposals to reform Social Security.Â  Background In general, an individualâs Social Security benefit is based on the average indexed earnings of a workerâs 35 highest-paid years.

Social Securityâs rules are gender-neutral, so that a woman whoÂ retires with the same average lifetime earnings as a similarly situated man will receive the same monthly benefit. However, on average, some of the programâs features affect women differently...

Social Securityâs rules are gender-neutral, so that a woman whoÂ retires with the same average lifetime earnings as a similarly situated man will receive the same monthly benefit. However, on average, some of the programâs features affect women differently because the average womanâs work history is not the same as that of the average man. Women are more likely than men to be out of the work force, or to have breaks in employment. Even with the narrowing gender gap in the rates of labor force participation, women often leave temporarily or permanently for pregnancy, child care, and other family care responsibilities. As a result, women tend to have shorter work histories and thus smaller benefits than men. In 2014, the participation rates in the labor force were as follows:

Percentage of U.S. Men and Women in the Workforce

In 2013, about 65 percent of women with children under age six were in the labor force.

Women on average earn less than men
Based on their own earnings records, women on average receive lower Social Security benefits than men with the same number of years of covered earnings due to differences in earnings between men and women. This particularly affects women who live alone or are the primary wage earners in their families. Married women, even in dual-earner families, may receive higher benefits based on their husbandsâ work histories than on their own.

From 1972 to 2014, the median annual womenâs earnings for full-time year-round workers rose from 58 percent to 79 percent of the average for similarly situated men.

Because women generally have less income from other sources, and non-Social Security assets (lower on average than for men) must be spread out over a longer expected lifetime, Social Security benefits are a more significant component of a womenâs retirement security.