Women Save More than Men for Retirement Despite Being Paid Less

And yet, they still lack financial confidence when it comes to investing 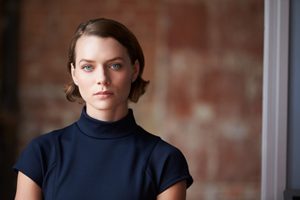 Voya Financial, Inc. (NYSE: VOYA), announced today new insights from the companyâs retirement participants showing that women are saving more than men when it comes to saving for retirement. Specifically, an analysis of Voyaâs retirement plan customers found that women earning over $90,000 have a greater average savings rate (10.3%) than men earning the same (10.0%),1 ultimately leading to potentially $516 more per year in retirement income vs. their male counterparts. Even more telling: For those women earning less than $90,000, saving is on par with men, showing the same rate (8.3%) for those earning $60,000 to $89,000 â and a practically equal rate for those earning $30,000â$59,000 (6.7% men vs. 6.6% women).2

This new data comes at a time when women are still challenged with earning an equal income to their male counterparts in the workforce, as the industry reports that women earn 80 cents for every $1 men make.3

Despite Voyaâs data proving an increase in womenâs savings behaviors, newly released research from Voya has found that women are still lacking confidence when it comes to their overall retirement readiness and financial goals, as only 59% of women report they are confident in their ability to save for retirement, compared to 78% of men.4 Additionally, Voyaâs research found that less than half (42%) of women are comfortable with their current investment strategy, as opposed to 65% of men.5

âSaving for retirement should be a priority for everyone, but our participant data shows a promising trend that women in particular are taking action when it comes to their savings approach,â said Heather Lavallee, president of Tax-Exempt Markets for Voyaâs Retirement business. âThe reality, though, is that saving alone is often not enough. Our research indicates that only 25% of women prioritize investing money for the future,6 proving that there is still work to be done. When it comes to investing, no amount is ever too little, but ensuring women have the necessary resources and capabilities to become financially confident to invest is becoming increasingly important.â

This comes at a time when women are still challenged with earning an equal income to their male counterparts in the workforce, as the industry reports that women earn 80 cents for every $1 men make...

Voyaâs research also found that women tend to think more rationally about investing by asking questions that will impact their decision-making, as opposed to being impacted by swings in the market. Because of this approach, women are often considered to be ârisk-averse,â leading to an industry-wide impression that men are more capable investors than women. However, this is more perception than reality as women tend to earn higher returns than men when they do invest.7

âItâs clear that women possess the innate behaviors to exemplify financial success, but when they do invest, they are often looking for guidance through trusted relationships, such as that of a financial professional,â added Tom Halloran, president of Voya Financial Advisors, Voyaâs Retail Wealth Management firm. âWorking with a financial professional can help alleviate some of the stress women often feel about investing, but itâs important to consider someone who not only has a history of success, but who has a solid awareness of the financial issues that women face today.â

Voyaâs newly released data comes from the companyâs most recent analysis of the savings trends and behaviors of its retirement plan participants. The latest findings represent a new effort by Voya to provide information that can help Americans achieve greater financial wellness, as well as help plan sponsors identify ways to help their plan participants.

As an industry leader and advocate for greater retirement readiness, Voya Financial is committed to delivering on its vision to be Americaâs Retirement CompanyÂ® and its mission to make a secure financial future possible â one person, one family, one institution at a time.