Women, Planning & The Reality of Longevity

Are the rules, and the benefits, really different for women? 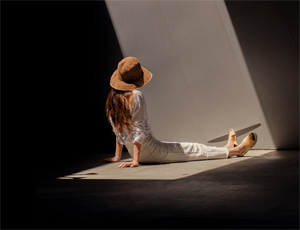 But. it wasnât always that way. In fact, because of the original framing of the Social Security Act as law, based on the beliefs of the 1930s, women are in a situation today that is different from men.

Digging under the surface can help financial advisors better advise their female clients, and especially when the women are, or were, part of a couple.

In an interesting twist of history, men were originally not included in several key protections that Social Security offered. Before reading further, itâs important to put your 1930âs hat on. The assumptions were based on the belief that most households included one man and one woman, married, with children. He worked outside the home for wages; she worked inside the home for no wages. When it came time to frame the initial laws of Social Security, benefits were based on the worker. By default, that meant the husbandâs wages. (If a woman did work for an employer who paid FICA taxes, she could have earned a Social Security retirement benefit.)

The male worker would earn his retirement benefits by working for the requisite number of years. His benefit payments began when he turned age 65. However, if his personal situation was different, he was not afforded some protections identified as âwomenâs protections.â In fact, there were no:

The bottom line in 1935 was that men were the providers for the family. If he wasnât a farmer, he worked for an employer until retirement at 65, then continued to provide for his wife by way of Social Security retirement benefits. Recognizing that a husbandâs job was physically demanding and often dangerous, Social Security included provisions to protect young mothers who were raising the workerâs children and widows.

If we ended the conversation here, you could answer that wivesâ Social Security benefits are definitely different from husbandsâ, based strictly on gender and the era in which the Social Security Act was written.

Fortunately, over many decades, the Social Security law evolved and started to afford husbands the same protections as wives. As women were demanding equality on many fronts, a few lawyers and organizations noted that all was not fair for men either. Men have Supreme Court Justice Ruth Bader Ginsberg to thank for their access to father benefits if you become a young widower. Until 1983, when Justice Ginsberg successfully argued that gender should not be considered when providing surviving spouse benefits, dads were out of luck.

Other improvements had been made along the way:

The Math is the Same for Men and Women

At this point, it appears that Social Security is equal for all. Gender bias has been eliminated and the math is the same. The inputs, formulas, and the technical details for calculating each workerâs Primary Insurance Amount (PIA) is the equal regardless of gender. All workers qualify by paying into FICA for at least 40 quarters. Their PIA is dependent on the age they claim and their highest 35 years of earnings.

To the untrained eye, this seems fair and equitable. Your benefit is based on your personal work history. However, this view is but one slice of a clientâs life, family, and career. It is a narrow view of whatâs really been going on relative to opportunities for women in the broad economy and business world, and the reality of obligations of raising a family and caring for older family members.

So, yes, the math is technically the same. But the underlying real-life situation is dramatically different for most women, resulting in significant differences in Social Security for men versus women. Starting with the most important raw data input into the calculations: wages.

Looking back to the initial framing of the law, we see that the starting assumptions specifically put women at a deficit in two fundamental ways:

1 â Wivesâ Social Security retirement benefits are valued at only half of their husbandsâ wages. The woman who spent her career at home is considered half as valuable as her husband. Until he dies anyway! A wife at best receive 50% of her husbandâs PIA. If a woman stays home to raise their children that decision comes with steep financial consequences for her retirement.

motherhood goes way beyond loving and nurturing children. Without realizing it, moms also sign up to be the family shopper and chef, taxi driver, homework monitor, bill payer, and family planner. The demands of motherhood are so great that most fathers avoid this role...

2 – Spousal reduction factors are higher than worker reduction factors. The framers of Social Security should be given credit for recognizing back in the early 1930âs that women live longer than men. To accommodate that fact, the reduction factors applied to spousal benefits are stricter than for the worker. Thatâs to say, if a woman claims her own benefit early at age 62, she will be hit with a 30% reduced payment amount (FRA is age 67). However, if her highest benefit is that as a spouse, her monthly payment will be dinged 35%. While the math is the same for men, the fact is that few men retiring today get a larger benefit as a spouse.

Why Social Security Really is Different for Women

This backdrop serves as perspective as to why Social Security is different for most women. Itâs from the rules, calculations, and actuarily realistic perspective. Think of it as the rules were set for one game constructed for the higher earning husband, but women are playing a different game altogether.

These five situations reflect why women need to think about their Social Security differently, and how financial advisors need to help them plan for retirement income in a different way from their male counterparts:

The Reality for Women and their Advisors

At the end of the day, we are dealing with a different Social Security situation for women than for men. First, there are fewer economic opportunities for most women; resulting in a lower PIA for working women. Second, many more family obligations fall to women at every age than to men.

The sacrifices, compromises, and daily drudgery for women are real: all the missed field trips, soccer games, and scouting events; all the taxi driving and carpool coordination; all the nights they were so exhausted they fed their kids boxed mac & cheese and frozen chicken nuggets. Women compromised on building careers and networks. They missed promotions and silently suffered snarky comments from bosses or other workers about âleaving earlyâ, wearing down their confidence. They endured long hours researching nursing homes and assisted living services for aged parents, and then took on more burden to care for them.

This isnât to say that Social Security should change. However, it is to recognize that Social Security is different for women. There are long-term implications for womenâs and widowâs retirement security. Financial advisors who recognize these differences can help their clients make better decisions and create a more secure financial future for women. How will you rise to the challenge? â