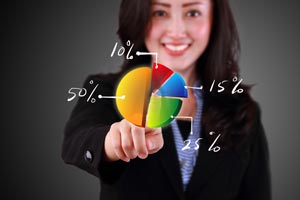 February 13, 2019 08:30 AM Eastern Standard Time —Â BOSTON–(BUSINESS WIRE)–Employers who are looking to attract and retain female employees should consider highlighting the role of company stock plans in their corporate benefits package, according to new research1 from Fidelity Investments. The survey results found that nearly half (49 percent) of women indicated a company stock plan is an important benefit when considering taking a job at a new company, and more than half (52 percent) of women said that access to a company stock plan increases loyalty to their employer.

The findings are part of Fidelityâs biennial survey that examines the evolving role of company stock plans within the corporate benefits landscape. While traditional benefits such as a 401(k), health insurance and vacation time continue to be popular among surveyed employees, company stock plans are increasing in importance, especially among women.

âWhile the overall labor market is extremely tight, the competition for top female performers is even more intense,â said Emily Cervino, Head of Thought Leadership, Stock Plan Services at Fidelity Investments. âCompany stock plans have always been viewed as an important employee benefit, but they can be an even more strategic tool for employers looking to attract and retain strong female talent.â

While the overall labor market is extremely tight, the competition for top female performers is even more intense...

âThe results of this yearâs survey really underscore the fact that the role of company stock continues to evolve and increase in importance in the eyes of employees, as well as play an increasingly important role in employeesâ overall financial wellness,â added Cervino.

Fidelityâs mission is to inspire better futures and deliver better outcomes for the customers and businesses we serve. With assets under administration of $6.7 trillion, including managed assets of $2.4 trillion as of December 31, 2018, we focus on meeting the unique needs of a diverse set of customers: helping more than 28 million people invest their own life savings, 23,000 businesses manage employee benefit programs, as well as providing more than 13,000 financial advisory firms with investment and technology solutions to invest their own clientsâ money. Privately held for more than 70 years, Fidelity employs more than 40,000 associates who are focused on the long-term success of our customers. For more information about Fidelity Investments, visit https://www.fidelity.com/about.