Some 200 million are innovating, closing the gender-gap and adding to the economic engine 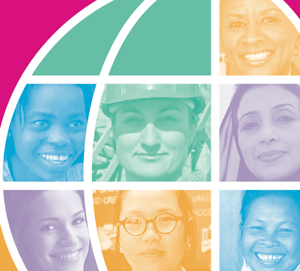 Women entrepreneurs have narrowed the gender gap by six percent since 2012 and are adding to the economic engine that is entrepreneurship â this according to the Global Entrepreneurship Monitor 2014 Women’s Report released today, which is sponsored by Babson College, Universidad Del Desarrollo, Universiti Tun Abdul Razak (UNIRAZAK), and TecnolÃ³gico de Monterrey.

The report serves as the most comprehensive research ever conducted on women’s entrepreneurship and confirms that more than 200 million women entrepreneurs are starting or running new businesses in 83 economies across the globe. An additional 128 million are running established businesses.

According to the Global Entrepreneurship Monitor (GEM) 2014 Women’s Report:

Women entrepreneurs in nearly half of the surveyed economies are now equal to, or even outpacing their male counterparts in terms of innovation â demonstrating a growing parity between men and women selling products and services that are new to consumers and not generally offered by competitors.

“Promoting women’s entrepreneurship requires more than increasing the rate in which women start businesses,” said Babson College Professor and report author Donna Kelley. “Our GEM research shows that women entrepreneurs are frequently innovative, which demonstrates the impact they can have on their societies. Supporting women’s aspirations to innovate could be an important means of creating businesses with a competitive edge, and those with novel solutions to improve people’s lives.”

Also, the more women participate in the workforce, relative to men, the more likely they are to be, or become, entrepreneurs. This conclusion derives from an analysis of total early-stage entrepreneurial activity (TEA) in relation to gender gap indicators measured by the World Economic Forum (WEF).

In economies with a greater proportion of women starting businesses – in teams of three or more co-founders – there is also a greater likelihood they will have job-creation ambitions.

“The 2014 GEM Women’s Report helps us better understand the diversity among women business owners and their businesses, including an important recognition of the value created by women working in teams within, and across, their businesses,” added Babson College Professor and report author Patricia Greene.

Women around the world, on average, are also pursuing opportunity-driven entrepreneurial activity proportionate to men, resulting in a smaller gender gap in the percentage of entrepreneurs with opportunity motivations in every region.

And in 10 economies, women are as or more likely to be entrepreneurs than men. They include El Salvador and Brazil in Latin America and the Caribbean; Vietnam, Indonesia, Malaysia, and the Philippines in Southeast Asia; and Zambia, Nigeria, Uganda, and Ghana in Africa.

“In most economies, the prescriptions for success are based on studies of male entrepreneurs. In the past two decades, the rise of women entrepreneurs helps us to better understand the factors leading to start-up success and growth of both men and women entrepreneurs,” said Babson College Vice Provost of Global Entrepreneurial Leadership and report author Candida Brush. “GEM data is central to providing this information.”

About the GEM Global Women’s Report
The GEM Global Women’s Report offers an in-depth view of women who start and run businesses around the world. It provides both a broadly global and a comprehensively detailed foundation for guiding future research, policy decision-making, and the design of initiatives and programs that can enhance awareness about women’s entrepreneurship. The ultimate aim is to foster an environment that encourages women to see entrepreneurship as a viable career option and to equip them with the tools to create the type and quality of businesses they wish to build, as well as create broader awareness among stakeholders who will support their efforts. This report covers 83 economies: 73 economies that participated in the 2014 GEM cycle and an additional 10 economies that were included in the survey in 2013, but not 2014.

Unique features of this report include assessments of the percentage change in rates and gender gap for several key indicators among 61 economies that were featured in both this report and the 2012 report, and analyses of the relationship between gender gap indicators measured by the World Economic Forum and GEM entrepreneurship rates. The report also highlights comparisons across economic development levels and regional groups for multiple indicators on activity, attitudes, and impact.

About the Global Entrepreneurship Monitor (GEM)
The Global Entrepreneurship Monitor (GEM) was initiated in 1999 as a joint venture of Babson College and the London Business School. Starting with 10 participating economies, the project has expanded to include 73 economies in its 2014 survey. GEM is the largest and most developed research program on entrepreneurship in the world. GEM is unique because, unlike most entrepreneurship data sets that measure newer and smaller firms, GEM studies the behavior of individuals with respect to starting and managing businesses. GEM academic teams in each participating economy are members of an exclusive research project that provides access to the collective knowledge of some of the world’s most renowned researchers and institutions involved in entrepreneurship research. At a time in history when individual entrepreneurial activity may hold the key to transforming the global economy and discouraging ingrained economic disparity in countries with minimal economic opportunity, GEM data has influenced national economic policies and continues to expand its collaborative role. Global sponsors of the research include Babson College (lead sponsor) in the United States, Universidad Del Desarrollo in Chile, Universiti Tun Abdul Razak in Malaysia, and TecnolÃ³gico de Monterrey in Mexico. For more information, follow GEM on Twitter.

About Babson’s Center for Women’s Entrepreneurial Leadership (CWEL) â Report Sponsor
The Center for Women’s Entrepreneurial Leadership (CWEL) at Babson College â sponsor of the Global Entrepreneurship Monitor 2014 Women’s Report, fulfills and extends Babson’s mission by educating, inspiring, and empowering women entrepreneurial leaders to reach their full potential to create economic and social value for themselves, their organizations, and society. The Center does this through innovative education programs, events, and by supporting and widely disseminating research about the unique skills and experiences of women entrepreneurial leaders.

Currently, CWEL is encouraging women entrepreneurs to apply for, and participate in, the inaugural Babson Breakaway Challenge: a one-of-a-kind competition and mentoring program that promotes gender parity while championing women entrepreneurs and aspiring venture capitalists. The challenge â co-founded by Susan Duffy, Executive Director at CWEL, and John Burns M’05, Chief Investment Officer at Breakaway â will award its winning entrepreneur team with $250,000 in funding, a customized brand-identity platform, and more.

About Babson College
Babson College is the educator, convener, and thought leader for Entrepreneurship of All KindsÂ®. The top-ranked college for entrepreneurship education, Babson is a dynamic living and learning laboratory where students, faculty, and staff work together to address the real-world problems of business and society. We prepare the entrepreneurial leaders our world needs most: those with strong functional knowledge and the skills and vision to navigate change, accommodate ambiguity, surmount complexity, and motivate teams in a common purpose to make a difference in the world, and have an impact on organizations of all sizes and types. As we have for nearly a half-century, Babson continues to advance Entrepreneurial Thought and ActionÂ® as the most positive force on the planet for generating sustainable economic and social value.