Wives Think They Have a Voice in Financial Decisions, but Husbands Don't Agree

A clear difference in perception by gender 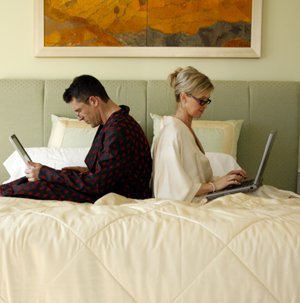 CHICAGO, IL–(Marketwired – Apr 23, 2015) – The question to affluent investors was simple: "Who makes the financial decisions in your household?" But the disparity in opinion between male and female respondents was significant.

Spectrem Group's newest research study, Financial Behaviors and the Investor's Mindset, details the financial concerns and attitudes of affluent investors in three different wealth segments, ranging from the Mass Affluent to the $25 million-plus segment. Topics such as financial decision making within households are analyzed.

Other key findings in the report include:

among the wealthiest investors... 75 percent of women say the decisions are made together, while only 39 percent of men agree

"There are differences in perception between males and females about whether couples share financial decisions, and those differences can be seen in the age of investors, and whether there is one income in the household or two," says George H. Walper Jr., president of Spectrem Group.

"Investors are also concerned about retirement, their health in later years, and the cost of healthcare going forward."

Additional information can be found at Spectrem.com and Spectrem's Millionaire Corner, including:

About Spectrem Group
Spectrem Group (www.spectrem.com) strategically analyzes its ongoing primary research with investors to assist financial providers and advisors in understanding the Voice of the Investor. Reports available upon request.