The Art Of The Sale

How Wise Is the Conventional Wisdom on CLOSING?

An Inbound Selling Expert Debunks the Myths and Affirms the Truths 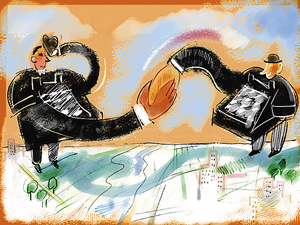 Hoboken, NJ (July 2018)âWhen you work in sales, there’s no end to the advice you field. Everyoneâfrom bosses to consultants and trainers to the industry veterans you meet at the hotel barâhas tips and techniques that (supposedly) vastly improve your likelihood of making a sale. But here’s the problem, says Brian Signorelli: The way people buy has changed. And that means that a lot of the conventional wisdom out there just isn’t that wise anymore.

“Many of the ‘best practices’ being passed around are obsolete,” says Signorelli, author of Inbound Selling: How to Change the Way You Sell to Match How People Buy. “That’s because now, people do their own research, identify their own problems, and design their own solutions. Frankly, they don’t want a salesperson. They want a consultant.

“This means all the advice around the salesperson’s holy grailâclosingâno longer applies,” he adds. “If you’re floundering during the negotiation phase, that might be why.”

Signorelli says the most successful salespeople in the post-Internet marketplace are selling the inbound wayâmeaning they engage prospects who’ve expressed an interest in their product or service, focus on their pain points, and gain their trust over time.

His book lays out a four-part frameworkâbased on HubSpot’s Inbound Methodologyâ that helps readers transform the way they sell. The idea is to take specific actions as prospects move throughout their journey from Awareness to Consideration to Decision. He walks you through the four categories of action salespeople now must take: Identify, Connect, Explore, and Advise. Then, and only then, can you move on to negotiating closing.

Speaking of which, Signorelli says he did a Google search and quickly found the most popular pieces of sales negotiation advice being shared these days. Some of it still applies, but much of it does not. Keep reading to learn whether the conventional sales wisdom you’ve heard all your career still applies in the age of inbound.

“You don’t always have complete access to decision-makers during the entire sales process,” says Signorelli. “Also, there is typically more than one decision-maker in any given sale, and the influencer may be one of them. I agree that negotiating with the influencer or influencers alone is probably not going to drive great results, but the influencer can be your champion to tip you off or coach you on what types of points need to be addressed in the contract signing process. Don’t count this personâor these peopleâout.”
The Verdict: DISAGREE

Conventional Sales Wisdom #2: Never Be the First to Make an Offer

This makes sense to a certain degree, but one could make an equally valid argument as to why you should be the first one to make an offer. If you know you need to negotiate around price to get a deal done, you’re better off setting the rangeâ”anchoring”ârather than letting the prospect set the range.

“For example, a 5 percent discount may sound like a slap in the face,” he explains. “But if you’re negotiating a sale for a $100,000 per year product, that equates to $5,000 annually. This is an amount that carries far more weight than 5 percent, and offering it puts you in a much better negotiating position.”
The Verdict: DISAGREE

Conventional Sales Wisdom #3: There’s a Big Difference Between a Trade-off and a Concession

This is probably my most favorite point raised by the team at InsightSquared. In effect, they define a trade-off as a give/get. For example, if you offer a 5 percent discount, then the prospect will sign their contract two weeks earlier than planned. However, a concession is one-sided. In the same scenario, the prospect may demand a 5 percent discount or threaten to take their business elsewhere. Because the prospect is viewing you as a commodity in this second scenario, either something went wrong in the sales process itself, or you’re potentially dealing with a poor-fit potential new customer that’s going to cause a lot more problems down the line. Walk away from people like this.*
The Verdict: AGREE

Negotiations should not begin until you have finished the soft closeâor the 'inoffensive close.' In other words, don't start negotiating unless you have an agreement, at least in principle

“Negotiations should not begin until you have finished the soft closeâor what Dave Kurlan in Baseline Selling calls the ‘inoffensive close,'” says Signorelli. “The soft close is the natural conclusion to the Advise step. You’re basically asking the prospect if there’s any reason at all they wouldn’t proceed with implementing the plan you’ve developed together, which you’ve both agreed will help them achieve their goals or overcome their challenges. In other words, don’t start negotiating unless you have an agreement, at least in principle.”
The Verdict: AGREE

“I completely disagree with proposing a product, service, or solution that your prospect does not need,” says Signorelli. “This completely undermines your credibility as a rep and sets your prospect up for a poor experience. The ‘ultimate’ product may offer functionality or services that the prospect doesn’t need, and the oversell is setting the services or account management teams at your company up for disaster.”

Instead, when the time comes to recommend the product or service, inbound sellers recommend the right product or service for their prospect and make sure they can stand behind why they’re recommending it. Your prospect will appreciate this even if it’s higher than they were expecting. Setting a range early in conversations will also help. Quoting a price by starting with the highest and moving back down to the lowest reverses the psychology of price negotiation. It gets “better and better” (to the prospect) as you go, because you’re coming down to lower and lower levels of pricing instead of causing them heartburn by going in the opposite direction.
The Verdict: TOTALLY DISAGREE

Conventional Sales Wisdom #6: Use Silence to Your Advantage

“Silence is far more powerful than most reps realize,” says Signorelli. “I have observed many prospects literally talk themselves intoâand out ofâtough demands during a negotiation solely because the sales rep has not responded whatsoever. I suspect it is related to the simple fact that few people are truly comfortable with silence. My advice is simple: When in doubt, stay silent. Let 10 or 20 seconds go by, and I guarantee you’ll reestablish control of the conversation.”
The Verdict: AGREE

“If you’re still using outdated advice to negotiate and close your deals, you’re working much harder than you need to be,” concludes Signorelli. “The way people buy from businesses has evolved, and you’ve got to adjust for it. So examine your negotiating and closing strategies carefully. If they don’t make sense for the informed buyers you’re meeting with today, it’s time to throw out the old playbook and embrace the inbound way of selling.”

About the Author:
Brian Signorelli is the director of HubSpot’s Global Sales Partner Program, where he advises HubSpot partners on inbound sales and inbound marketing to grow their clients’ companies, as well as their own. He regularly writes, develops, and presents sales content for HubSpot’s partners and their customers. He is also the founder of InboundSeller.com.