Will the American Dream Survive the Fiscal Cliff?

As a nation, we still face a daunting task 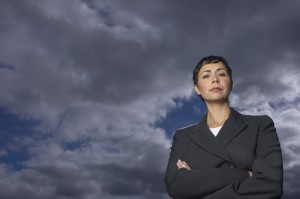 Recently, I argued in this publication that both state supported political parties have learned the successful formula to keep them in power is to redirect tax money into âfreeâ benefits which they send back to us to use in the form of entitlements and programs. To keep this process moving both parties have a magical perpetual motion machine which drives the economy forward. Both parties disagree on the nature of the machine but both believe the machine exists. The job of government is to intervene in the economy when things go wrong to solve market failures, fix them, and keep the benefits flowing.

I write this article in mid-December before any settlement is made on whether we go over the fiscal cliff (Mr. Bernankeâs artful term). However, as a nation we still face deficits, debt, high unemployment, entitlements we are unable to continue to meet, and a distrustful political system which continues conflicts unresolved in what amounts to a stalemate election result.

At this time the Obama Administration has proposed lifting the tax burden to 19% and spending increased to 22% of GDP. Â The Republican House has proposed an 18% tax burden and 20% spending which is where things have long stood. All three major entitlements: Social Security, Medicare, and Medicaid are off the negotiating table.

Since our political system operates ineffectively there is much distrust on both sides whether the other is negotiating in good faith. This attitude is more reflective of non-American experience where trust is exploited by the other person in pursuing their self-interest. American Capitalism plays by a set of rules and these are relied on to sustain a fragile system. It can be argued that trust is unnecessary because of contract law, the rule of law which sustains capitalism.Â  Legal recourse is always costly and a last resort. Trust is always preferable to litigation.

One of the most significant questions being raised in the national dialogue is whether our children will have a better material life than us? Is our future behind us? It the future bright and optimistic or is it dark and filled with disappointment? Is the American Dream at an end?

The American Dream is the central creation of the US. If I work hard, obey the law, become educated, my children will be better off materially than I. Life over time gets better. The really fundamental question is do Americans still believe in this dream? It was hoped the election would settle this issue. Unfortunately, the election failed to provide a clear answer to the central matter of American purpose.

Clearly, immigrants believe in the American Dream. The question is do native born Americans still believe in the dream? This matter is at issue since 2010 when social mobility research began to raise that belief as a question. I realize social mobility research is tricky to use and interpret and more than one point of view can be argued from the empirical evidence. My view is that immigrants will achieve middle class lifestyles by struggling through the traditional path.

American Capitalism plays by a set of rules and these are relied on to sustain a fragile system. It can be argued that trust is unnecessary because of contract law, the rule of law which sustains capitalism. Legal recourse is always costly and a last resort. Trust is always preferable to litigation.

Evidence from social mobility research shows that native born Americans remain at the same income level (adjusted for inflation) or they fall further behind. Challenges in work performed in society produces educational challenges. Â Native born Americans are uncertain the benefits and rewards of hard work will be there for them. They look at the risk, reward, high cost of higher education and they are uncertain the risk is worth the reward. Just looking at the Detroit based auto industry jobs have disappeared because of investment in robots.

Will I be rewarded for hard work? Here is where ideology plays a large part in data mobility. The argument is they are stuck but government programs and entitlements will help them move up in society. Immigrants prove the American dream still works. Work hard, study and they will achieve material success and that can be measured objectively so they are better off than their parents when they are willing to work for it.

We now have two cultures: those who work hard and those who work not as hard. Why work hard when companies reduce the number of workers, over pay skilled workers, and send jobs overseas. There is no future for unskilled workers especially when current business tax policy encourages accumulation of excess profits which can be distributed with large but undeserved executive bonuses, vacation pay packages, and large balance sheets. Maximize profits is the watchword of the day.

The American Dream is an extraordinary opportunity to pursue personal dreams and these are not limited to economic and material ones. When markets are allowed to work, people can be successful and choose their path in life provided they work hard and strive with direction. In American Capitalism no dream is unrealistic if you want it badly enough.

It is up to each of us to make our dreams work. Capitalism provides a chance to interweave dreams peacefully unlike European Socialist societies. Our government has already taken a larger role in deciding which groups in society benefit from its largesse such as Detroit and Wall Street.

Ultimately, we get the government we ask and vote for: intervention in the market place or one that provides a fragile capitalist marketplace and a quality educational system which gives all of our citizenâs real choices to realize their dreams now more than any time in history is this opportunity needed. Regulating from the top down eliminates that dream. More regulation shunts people into roles they already occupy and ultimately leads to a caste system. That is not the American Dream.

JM Keynes argued that investing was like a beauty contest but not what you think is beautiful, but what others think are more beautiful groups. He said the psychology was no different than what moves a mob. Even a Ponzi scheme works down to the last person holding. The first rule of finance is that what will happen has already happened. We need to cooperate which is the only way a market system can function and fulfill the American Dream. The Dream is fragile and may not endure.