Will The Old Okun's Law Help to Assess the Economic Impact of COVID 19?

If So, Will GDP Dip by Double Digits? 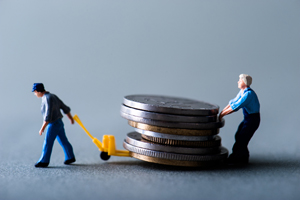 In 1962, an American Economist from Yale University, ArthurÂ Okun, did an empirical study and proved there was a negative short-run relationship between the unemployment rate and real GDP. Many studies subsequently confirmed Okun’s findings and referred to the phenomenon as “Okun’s Law, ” which became a staple in many macroeconomics textbooks. (Okun also served as the chairman of the Council of Economic Advisers between 1968 and 1969 in the Johnson administration.)

Specifically, Okun’s law says an increase of a country’s unemployment rate of 1% will cause its GDP to dip 2%.
With COVID-19, the unemployment rate has escalated from 4.4% in early March to approximately 16% in mid-April. It will likely remain at the high level at least through the second quarter of this year.

Whether the current Pandemic is a long-term Depression or a short-term Recession depends on how soon we can contain the coronavirus and when the economy will reopen in a significant way. Each recession and depression is different. With a digital economy, we certainly don’t expect to have a long-term depression, but the magnitude of this pandemic recession can certainly be called a short-term depression in its own category.

Okun's law says an increase of a country's unemployment rate of 1% will cause its GDP to dip 2%...

That means GDP will be in severe negative territory for a significant period of this year, a potential travesty for the U.S. economy and all Americans. In the meantime, the unprecedented stimulus package should expedite the recovery by providing liquidity to the most damaged sectors of the economy – travel/tourism, state/local governments, and small/medium companies.

Niagara University
Founded by the Vincentian community in 1856, Niagara University is a comprehensive institution, blending the best of a liberal arts and professional education, grounded in our values-based Catholic tradition. It’s colleges of Arts and Sciences, Business Administration, Education, and Hospitality and Tourism Management offer programs at the baccalaureate, master’s and doctoral level.