Will Our Government Shut-Down Again In Three Weeks?

For taxpayers, impact on IRS can be significant

As April 15th approaches, the American Institute of CPAs (AICPA) identifies challenges government shutdown poses for taxpayers in letter to Treasury and IRS, and makes recommendations. 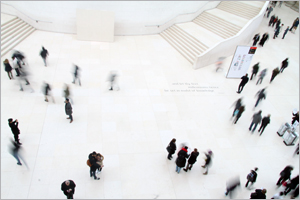 Annette Nellen, CPA, CGMA, Esq., chair of the AICPA Tax Executive Committee, wrote, âThe need for unhindered availability of a fair and administrable tax system is rising as we approach the opening of tax filing season.â Nellen acknowledged the âinherent and systemic limitations both Treasury and the IRS face during the shutdown,â but called for additional steps to âreduce the harmful effect on the public.â

âThe AICPA wants to share feedback regarding the effect of the government shutdown on this yearâs tax filing season,â Nellen wrote. âAccording to our members, the many IRS services and processes that are not functioning, or are not functioning at their normal levels, are creating more problematic issues.â

The most common challenges identified by AICPA members are the following:

Automated Notices
IRS continues to mail automated IRS collection notices, automated warnings of asset seizures and Notices of Intent to Levy, as well as automatically transferring cases to collections, when there is no staff to respond to taxpayersâ attempted replies to resolve the issue or prevent the IRS threatened action from occurring.

IRS Audits and Appeals
IRS has suspended all audit, examination, and appeals activity (unless the statute of limitations will expire). Unfortunately, this suspension means that tax practitioners are unable to communicate with IRS employees to timely resolve taxpayersâ audit issues. Also, 90-day letters from the IRS will continue to expire and it is uncertain how the IRS will treat expirations of response deadlines and statute of limitations during the shutdown.

The AICPA wants to share feedback regarding the effect of the government shutdown on this yearâs tax filing season...

Online Systems and Accounts
Some taxpayers and tax practitioners are having difficulty accessing and using online accounts. Additionally, Form 2848, Power of Attorney and Declaration of Representative, is not being processed but is required for practitioners to act on behalf of taxpayers.

Tax Cuts and Jobs Act (TCJA) Implementation Forms and Guidance Slowdown
Tax practitioners and taxpayers need more guidance from IRS for 2018 tax returns. According to the filing season contingency plan, there are only 346 excepted staff in the Chief Counselâs office (including 56 excepted because their activities concern the TCJA). With limited staff working on TCJA implementation, a slowdown in releasing crucial guidance seems likely. Many tax forms and instructions are also still in the âdraftâ stage and pending approval or remain in a non-submittable format, likely resulting in problems with filing season readiness of tax preparation software.

On behalf of the AICPA, Nellen offered the following recommendations: