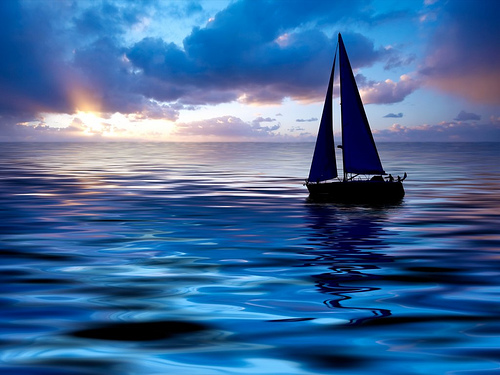 Yet many market participants share a concern that, if U.S. interest rates begin to rise, U.S. small caps as measured by the Russell 2000 Index may begin to go down. Russell Indexes examined the performance of the Russell 2000® Index following the most recent periods of Fed tightening: 1994, 1999 and 2004.

Beginning with the dates on which rate hikes were announced, Russell measured performance across one-week, one-month, six-month and one-year increments. To varying degrees, small caps experienced initial declines in performance in all three periods, having negative returns at both the one-week and the one-month mark. But in two of the three cases, one year later, the Russell 2000® Index had rebounded from its post-announcement low.

many market participants share a concern that, if U.S. interest rates begin to rise, U.S. small caps... may begin to go down

"Looking at the previous 12 periods of U.S. interest rate hikes since 1955, we see that U.S. stocks have tended to perform well right before the Fed began hiking rates and, more often than not, continued to gain ground. And, in nearly all these cases, small- and mid-cap stocks have performed better than large-cap stocks. However, based on where we see U.S. small cap valuations today, we are less confident that we may see a similar pattern this time."

To access the new research study from Russell — The Russell 2000® Index in a rising rate environment: evidence from past cycles — by senior research analyst Mat Lystra, go to the Russell Indexes website.

Please note: Indexes are unmanaged and cannot be invested in directly. Returns represent past performance, are not a guarantee of future performance, and are not indicative of any specific investment. Russell's publication of the Indexes or Index constituents in no way suggests or implies a representation or opinion by Russell as to the attractiveness of investing in a particular security. Inclusion of a security in an Index is not a promotion, sponsorship or endorsement of a security by Russell and Russell makes no representation, warranty or guarantee with respect to the performance of any security included in a Russell Index.

The Russell 2000® Index measures the performance of the small-cap segment of the U.S. equity universe. The Russell 2000 Index is a subset of the Russell 3000® Index representing approximately 10% of the total market capitalization of that index. It includes approximately 2000 of the smallest securities based on a combination of their market cap and current index membership. Russell Investments is the owner of the trademarks, service marks and copyrights related to its respective indexes.

Opinions expressed by Mr. DeSanctis reflect market performance as of April 23, 2015 and are subject to change at any time based on market or other conditions without notice. In addition, opinions expressed by Mr. DeSanctis do not necessarily reflect the opinions of Russell Indexes or Russell Investments. Past performance does not guarantee future performance. Nothing contained in this material is intended to constitute legal, tax, securities or investment advice, nor an opinion regarding the appropriateness of any investment, nor a solicitation of any type. The general information contained in this publication should not be acted upon without obtaining specific legal, tax and investment advice from a licensed professional.