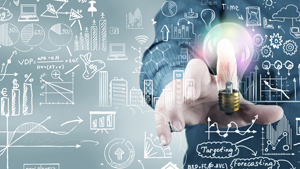 For most owners of privately-owned, closely-held, or family businesses, the value of their business is the largest asset in their estate. Yet, very few have an exit strategy. Why?

Because, most business owners say, âif I die â¦â Like they have a choice. They have not planned for the succession of ownership or of management.

You only have three choices: keep it, sell it, or liquidate it. Or, more eloquently:
â¢ Close the business before you die
â¢ Die with it and let the family figure it out
â¢ thatâs the Demoulas Plan — how did that work out for them?
â¢ or, thatâs the Joe Robbie Plan — sell assets that it took a lifetime to create in order to pay estate taxes
â¢ Sell it (to insiders or outsiders) or Transfer it (to family) during lifetime
â¢ thatâs what Sam Walton did
â¢ as a result, there are 7 Waltons on the Forbes list of the wealthiest people in the world

How do we cure family business mortality?
It requires a combination of many tools:
â¢ family continuity and business continuity
â¢ management succession and ownership succession
â¢ it is an interdisciplinary process of accounting, law, financial planning, banking/finance, and psychology

Majority business owner in his 80s. Other family members own minority interests. But, he continues
to run the day to day operations

I suspect that he has been working full time since he was a teenager. What is he going to do the Monday morning after a sale? The key here is NOT tax, legal, or financial. It is people issues. Does he have any hobbies? Does he have any interests outside of the business?

But, if he does not plan, what will happen to his family business, and to his business family? You donât want to have a fight like the Demoulas Family.

Father in his 70s owns 100% of a businessÂ that his son is now running
I had a case where a 65-year old son walked into my office. He owned one-third of his family business. His 95-year old father owned the other two-thirds. Just didnât think the kid was ready yet. Most of us know that we work from January 1st to about April 15th for income taxes. Tax Freedom Day. We explained that Tax Freedom Day for this family was more like October 15th. They were working from April 15th to October 15th for estate taxes. What did father want? CONTROL. Father could have retained one voting share (acceptable for S-Corp or C-Corp) and transferred the remaining value out of his estate, and retain CONTROL.
We believe that the government needs the money. We just prefer having other advisorsâ clients pay for it, not ours.

I suspect that he has been working full time since he was a teenager. What is he going to do the Monday morning after a sale?

Why allow the government to tax 183.33% of the business value in this generation?
Both remaining brothers could create an irrevocable trust. The trusts could have bought out the first brother, and be in a positon to buy out the second brother. That would leave the third brother owning one-third in his estate, and two thirds out of his estate. The last brother could still have full control by retaining the power to remove and replace the trustee. Or, the last brother could own one voting interest and shift all of the non-voting interests out of his estate. â