Whatâs In A Name?

Identity, perception and the never ending search for recognition 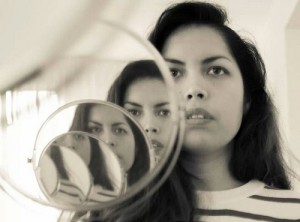 But then enough kids started playing soccer that the owners decided to also carry cleats and jerseys and changed their name to Strictly Tennis and Soccer, which worked just fine until jogging became all the rage.

That’s when the store changed its name again – this time to Strictly Tennis, Soccer, and Running. So now that people are playing Ultimate Frisbee, or going to CrossFit or Zumba, what name are they going to use? Strictly Tennis and more? Or something altogether different?

In the late sixties, Al Kooper, Bobby Colomby and a bunch of jazz cats got together and created one of the era’s five seminal rock and roll horn bands – Blood, Sweat & Tears. The band was so successful that its self-titled second album not only topped the Billboard charts and gave the world three major hits, including “You Made me so Very Happy,” “Spinning Wheel,” and “And When I Die”, but also beat out the Beatles’ Abbey Road for Grammy Album of the Year.

You are who you say you are…

One has to wonder, though, if Colomby’s virtuoso drumming and the late great Lew Soloff’s soaring trumpet solos would have been enough if the band had used the name Assorted Bodily Fluids instead. Marilyn Monroe was born with the name Norma Jeane Mortenson. Tony Curtis was originally Bernard Schwartz. Rock Hudson was Roy Harold Scherer, Jr. Martin Sheen’s name was Ramón Antonio Gerardo Estévez. Natalie Portman's birth name was Hershlag.

How about Ralph Lauren? Did you know that the scion of American fashion, the designer who combined American preppy with English aristocracy to create a seven billion dollar fortune was born Ralph Lifshitz?

Clearly a name is of critical importance to business success. Unfortunately, thereâs no secret sauce for success

What’s the chance that international heads of industry would attend Davos or the World Economic Forum dressed in a navy blue Lifshitz? What Oscar-winning actress would sashay across the red carpet in a haute couture Lifshitz? His name reminds me of the old joke, “Hey Ralph, if your Lifshitz, does your ass speak?”

Clearly a name is of critical importance to business success. Unfortunately, there’s no secret sauce for success.

At times, a name is just a name

In a recent The New York Times Magazine article on corporate names, naming, and namers titled “Call It What It Is,” author Neal Gabler points out that “there are no naming metrics, no real way to know if a new name helps or hinders.”

Sometimes a successful name is instructive and tells the potential customer exactly what a product or company does – think Evernote, Discovery Channel, International Business Machines or the Museum of Modern Art. But other times, function can get in the way, with a name like Strictly Tennis, for example, or Burger King. Sometimes a successful name honors its founders – Hewlett Packard or Porsche or Ferrari. But this only works if the founders’ names stay free of scandal. Luckily Ebers, Madoff, and Lay didn’t lend their names to the companies they drove into the ground. And of course the jury’s still out on what Donald Trump’s outbursts will do to his eponymous empire.

Sometimes a name can start off fine but then suffers when happenstance serves to change its meaning. Examples of this unfortunate occurrence include Ayds Diet Candies and the band Anthrax. And little girls named Isis might be feeling the same thing too. Sometimes successful names are fanciful – Google, Starbucks, Twitter, Cisco, Citrix, and so on. The problem here, of course, is how long – and how much money – it takes for the consuming public to actually recognize, understand, and accept a name that they’ve never heard before.

But before you think a name makes all that much difference, look at the success of a company like Smucker’s. The food giant earns hundreds of millions of dollars selling food with a name so distasteful their tagline is “With a name like Smucker’s, it has to be good.” Still, it’s a good thing their name isn’t Assorted Bodily Fluids. Or Isis. Or Lifshitz.