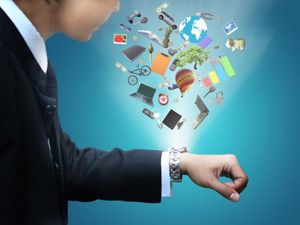 July 31, 2018 —Â OMAHA, Neb.–(BUSINESS WIRE)–TD Ameritrade reports significant growth in mobile trading activity so far this year, with record-breaking trades placed on mobile devices and record daily average users on its mobile apps. TD Ameritrade took a look back at mobile growth over the last six months, comparing client usage to the same period during the prior year.

As equity markets entered correction territory at the start of the year, TD Ameritrade experienced record-breaking trade volume across its trading platforms, including mobile. With retail investors reacting to the market selloff in February, TD Ameritrade recorded an average of 503,000 users per day on its mobile apps and a record 229,000 mobile daily average revenue trades (DARTs) during the month of February. Despite elevated volatility in the following months, TD Ameritrade clients continued to increase their net exposure to the markets with mobile making up 26 percent of average client trades per day in May.

âSince the start of the Scottrade integration, we have seen an enormous increase in the adoption of our platforms and applications, including mobile,â said Steve Quirk, executive vice president of Trading and Education for TD Ameritrade. âBefore February 2018, approximately 16 percent of Scottrade DARTs were through mobile. Today, 26 percent of DARTs from those clients who migrated over are through mobile â far exceeding our expectations.â

As equity markets entered correction territory at the start of the year, [we saw] record-breaking trade volume across its trading platforms, including mobile

Over the last year, TD Ameritradeâs average mobile trades per day increased by 86 percent and unique mobile monthly users grew by 72 percent. For the quarter ended June 30, 2018, mobile made up 26 percent of DARTs, compared to 23 percent for the same period the year prior.

âBased on the growth weâve seen over the last six months, itâs evident that mobile trading has become more pervasive,â said Quirk. âBy developing products and services that give investors greater access to the markets, we anticipate the rate at which our clients adopt mobile will continue to surpass our expectations.â

TD Ameritrade provides investing services and education to more than 11 million client accounts totaling more than $1.2 trillion in assets, and custodial services to more than 6,000 registered investment advisors. We are a leader in U.S. retail trading, executing an average of more than 780,000 trades per day for our clients, more than a quarter of which come from mobile devices. We have a proud history of innovation, dating back to our start in 1975, and today our team of nearly 10,000-strong is committed to carrying it forward. Together, we are leveraging the latest in cutting edge technologies and one-on-one client care to transform lives, and investing, for the better. Learn more by visiting TD Ameritradeâs newsroom at www.amtd.com, or read our stories at Fresh Accounts.