What Do Clients Really Want From You?

How Fintech is changing client expectations and challenging advisor relevancy

In its new report, Fintech And Advisory Trends Among U.S. Consumers And Financial Services Professionals, MDRT explores the impact an implications that Fintech creates for the advisor channels. Excerpts are presented below. Read more at https://www.mdrt.org/learn/. 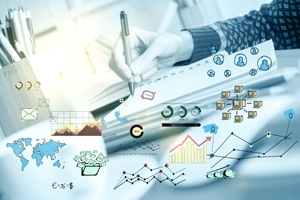 Financial advisors, insurance agents, market analysts and more have all thoroughly documented the ongoing rise of FinTech in both the financial services profession and the wider financial sector. As clientsâ technological expectations rise and roboadvisor platforms gain more users, financial advisors and insurance agents alike must keep up with wider societal trends to remain relevant in the eyes of their future prospects.

To examine the latest consumer developments within these trends, MDRT conducted an online survey of 1,187 U.S. adults in January 2022. The survey revealed that American consumers have fully embraced the FinTech revolution â and they expect any advisors who havenât to catch up. Social media as a source of financial news is here to stay, and clients want to hear more about which technologies advisors use to keep communications open, financial projections accurate and client data safe.

Crucially, robo-advisors are also likely here to stay, but their future is not necessarily to replace human advisors. Most robo-advisor users report having a human financial advisor as well, meaning these platforms may end up simply becoming the tech-savvy advisorâs next supplemental tool.

The threat posed to human financial advisors and insurance agents by robo-advisors has earned an increasing amount of attention in recent years. As the story goes, consumers will spend more and more of their time online, forsaking physical reality as much as possible as every imaginable service becomes available with a tap of the finger. Itâs not just a fantasy gone wild, either â itâs a genuine gamble businesses are making for the long-term, most notably Facebook parent Meta with its eponymous metaverse. Of course, the reality, applied to financial services at least, is much more nuanced. In fact, a full picture of our FinTech survey results reveals plenty of room for human and robo-advisors to coexist.

Forty-one percent of survey respondents reported having a human financial advisor, including 45% of men and 38% of women. There was only a slight correlation with age: 52% of respondents over the age of 60 said they had a human advisor, compared with 39% of 45-60 year-olds and 37% each of 30-44 and 18-29 year-olds.

In contrast, only 17% of survey respondents reported using a robo-advisor platform, including 21% of men and 14% of women. Age was more clearly a factor in robo-advisor use, with 26% of 30-44 year-olds and 21% of 18-29 year-olds reporting they use one. In contrast, only 14% of 45-60 year-olds and just 9% of respondents over 60 said they use a robo-advisor. Clearly, younger generations find more value in these platforms than their older counterparts. A full 65% of robo-advisor users are under the age of 45, whereas 56% of human advisorsâ clients are 45 or older. But crucially, this rising trend does not seem to be denting younger Americansâ use of human advisorsâ services.

Indeed, our survey found that 69% of robo-advisor users also retain a human financial advisor, constituting 12% of all Americans. This means that only 5% of Americans use a robo-advisor platform alone to manage their finances. Looking at these stats the other way around, 29% of all human advisor clients use a robo-advisor platform. Robo-advisor users are not the future of financial services, nor are they prospects human advisors will only eventually have to woo. They are the present and already make up a substantial part of the financial services professionâs client base.

In the eyes of the American public, human and robo-advisors have the potential, at least, to bring unique assets to the table and make up for each otherâs possible shortcomings...

Importantly, all three of these statistics hold up across demographic lines, with no statistically significant differences in opinion between Americans with and without human advisors, robo-advisor users versus nonusers or men versus women. There are small differences between age groups, with 18-29 year-olds slightly more likely (17%) to say they want their finances handled entirely through digital means. Still, 84% of 18-29 year-olds say their finances should be handled by either a mix of human and digital means, or entirely by people. Similar findings were also reported by a 2022 Vanguard study.

The top three benefits Americans see in working with human advisors over robo-advisors are the opportunity to establish trust and build a relationship (chosen by 66% of survey respondents), ease of communication (65%) and high levels of human interaction (49%). With one exception, these are also the top three benefits of each individual age group.

There are small differences in how strongly different generations believe in these advantages for human advisors. For the opportunity to build trust and relationships, and ease of communications, about three in every four Americans over 60 identify these as benefits of working with human advisors, while only about six in ten 18-29 year-olds do. Similarly, 56% of Americans over 60 identified a high level of human interaction as a benefit of human advisors, while only 42% of 18-29 year-olds did.

The one exception mentioned above is that 60% of Americans over 60 also named âa variety of communication channelsâ as a benefit of human advisors over robo-advisors. In contrast, only 31% of 18-29 year-olds did the same. This reveals two important considerations for financial advisors: first, âease of communicationâ was likely read by survey respondents as referring to emotional intelligence, interpersonal communication skills and other human traits. Itâs likely that the COVID-19 pandemic made these qualities even more important for human advisors to have. Second, while clients and prospects usually prefer that advisors use multiple communications platforms (as we will explore later), that does not mean they necessarily want to hear from their advisor on every platform they use.