Believe the winner will impact their financial well-being

Majority of investors plan to adjust portfolios based on election outcome; 25% considering pulling out of the U.S. stock market 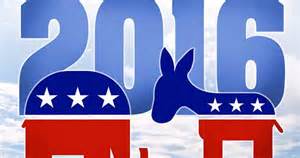 Economically, 68% of wealthy investors feel that the country has lost its competitive edge, and more than half (57%) believe that it is more difficult for Americans today to rise up from humble beginnings. Only a third of wealthy investors (33%) are optimistic that future generations will have it better than we do today.

“Across party lines, investors see the economy as the biggest issue in the election, outranking concerns like healthcare, national security and foreign policy,” said Paula Polito, Client Strategy Officer of UBS Wealth Management Americas. âWhere investors diverge among party lines is on what it will take to fix the economy.”

Baby Boomers and the WWII/Swing generations tend to be more conservative, with higher proportions leaning Republican. Millennials skew more liberal, with 39% affiliating themselves with the Democratic Party.

Regardless of their party affiliation, the vast majority of investors (77%) believe this presidential election is a “game-changing” event that will have a major impact on the direction of the country. Three quarters (74%) said they are nervous about what will happen after the election regardless of which candidate wins.

Another 75% believe this yearâs contest is more significant than others in recent history, and eight in ten (81%) canât remember an election with two more divergent candidates.

Agree on Priorities, Disagree on Solutions

Irrespective of their political leanings, investors ranked economic issues above healthcare (79%), national security (78%), terrorism (70%) and immigration (57%) as the biggest issue in the election.

However, there is widespread disagreement along party lines in terms of the best ways to improve the U.S. economy. For example, more than three-quarters (77%) of investors identifying as Democrats believe that raising the minimum wage would have a positive impact on the economy, compared to less than a quarter (24%) of Republicans and 43% of independents.

61% predict that if their chosen candidate wins, it will have a positive impact on the stock market. On the other hand, should the opposing candidate win, 64% believe it will negatively impact U.S. markets
enewsene

Similarly, 72% of those identifying as Republicans feel that strictly enforcing immigration laws would help the economy, while only 35% of Democratic investors and half of independents (52%) agree. Most Democrats (85%) believe investing in clean energy would positively impact the U.S. economy, while most Republicans and independents (86% and 78%, respectively) feel that balancing the budget would help improve the economic situation.

Investors across party lines agree on two actions that can stimulate the economy. The vast majority of investors say that investments in infrastructure (87%) and research (85%) will help jump-start the economy.

Regardless of which candidate or party they support, wealthy investors demonstrate high expectations for their favored candidate to boost stock market returns; 61% predict that if their chosen candidate wins, it will have a positive impact on the stock market. On the other hand, should the opposing candidate win, 64% believe it will negatively impact U.S. markets. A much smaller percentage of investors believe that the outcome of the election will not impact the U.S. markets at all (33% for the candidate they support, 26% for the candidate they oppose).

“There is tremendous uncertainty about the election and investors expect the outcome to impact stock market returns either way,” said Sameer Aurora, Head of Client Strategy for UBS Wealth Management Americas. “Investors are hoping for the best, but 57% are considering reallocating their portfolios, and 10% have already done so.”

Nearly half of investors (47%) are considering reducing their allocations to stocks, while 9% have already reduced their holdings. A full quarter (25%) of investors are considering pulling out of the stock market entirely, and 5% have done so. Regarding cash holdings, Investor Watch has found that investors continue to hold a cash cushion of around 20%. Four in five investors (81%) report that they have not yet consulted with their Financial Advisor about potential implications of the election.

Investor Watch is the latest in a series of UBS Wealth Management Americas events and content focused on providing in-depth insights and unique perspectives on the 2016 U.S. Presidential election, a top-of-mind concern of investors today. Earlier this month, the Firm launched its ElectionWatch 2016 client event series in Hartford, CT that will continue in key cities across the country leading up to the general election. In conjunction with this event, WMAâs dedicated Chief Investment Office Wealth Management Research unit (CIO WMR) published the sixth volume of its industry-leading ElectionWatch 2016 research report.

About UBS Investor Watch
UBS Wealth Management Americas surveys U.S. investors on a quarterly basis to keep a pulse on their needs, goals and concerns. After identifying several emerging trends in the survey data, UBS decided in 2012 to create the UBS Investor Watch to track, analyze and report the sentiments of affluent and high net worth investors.

About UBS Wealth Management Americas
Wealth Management Americas is one of the leading wealth managers in the Americas in terms of financial advisor productivity and invested assets. It provides advice-based solutions and banking services through financial advisors who deliver a fully integrated set of products and services specifically designed to address the needs of ultra-high net worth and high net worth individuals and families. It includes the domestic U.S. and Canadian business as well as the international business booked in the U.S.

About UBS
UBS is committed to providing private, institutional and corporate clients worldwide, as well as retail clients in Switzerland, with superior financial advice and solutions while generating attractive and sustainable returns for shareholders. Its strategy centers on its Wealth Management and Wealth Management Americas businesses and its leading universal bank in Switzerland, complemented by its UBS Asset Management business and its Investment Bank. These businesses share three key characteristics: they benefit from a strong competitive position in their targeted markets, are capital-efficient, and offer a superior structural growth and profitability outlook. UBS’s strategy builds on the strengths of all of its businesses and focuses its efforts on areas in which it excels, while seeking to capitalize on the compelling growth prospects in the businesses and regions in which it operates. Capital strength is the foundation of its success.