The Wealth Effect: Fact Or Fiction?

Record equity levels unlikely to spur many homeowners to sell 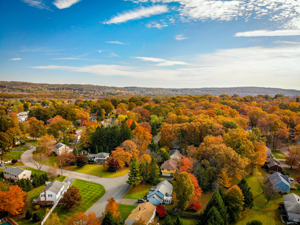 âIn February 2020, nominal house prices soared and mortgage rates increased, offsetting any affordability benefit from an increase in income levels. As a result, the RHPI increased 1.6 percent over January, meaning affordability declined,â said Fleming. âYet, compared with one year ago, affordability improved 1.3 percent, according to the RHPI. Nationally, affordability is likely to wane further in March due to the modest rise in mortgage rates and faster house price appreciation outpacing gains in household income.â

âThe rapid pace of annual nominal house price appreciation, just over 14 percent in February, begs the question: isnât rapid house price growth good news for existing homeowners looking to move? According to a behavioral economic theory dubbed âthe wealth effect,â homeowners are more likely to move if they feel âwealthierâ because the value of their home rises,â said Fleming. Yet, that homeowner would be entering the housing market at a time when all the other homes in the area have likely appreciated by the same amount. While the homeownerâs equity gains boost wealth, the equity gains allow the homeowner to keep pace with the housing market, rather than outpace it. So, if feeling wealthier doesnât actually help buy more home, what can incentivize a homeowner to sell? Falling mortgage rates.

âIn 2021, the housing market has seen faster house price appreciation, modestly rising mortgage rates and record low levels of homes for sale. While existing homeowners are sitting on historically high levels of equity and feeling wealthier, many of these owners have also secured historically low fixed-rate mortgages,â said Fleming. âThere is a financial âlock-inâ effect that increases as mortgage rates rise and as the size of a mortgage increases. Instead of a tailwind, rising mortgage rates increase the monthly cost of borrowing the same amount that a homeowner owes on their existing mortgage. Why move out if you have to move âdownâ or pay more to move up?

âThe higher the prevailing market mortgage rate is relative to the homeownerâs existing mortgage rate, the stronger the lock-in effect. Additionally, the record low level of houses for sale makes it difficult to find the next house to buy, so sellers â who are also prospective buyers â donât sell for fear of not finding something to buy,â said Fleming. âIn short, existing homeowners are increasingly locked into their current homes as rates rise.

âWealthier homeowners may feel locked into their existing homes, but first-time home buyers have no such financial lock. As of December 2020, nearly 50 percent of all purchase mortgages originated by Fannie and Freddie went to first-time home buyers. Additionally, buying a home is often prompted by lifestyle decisions more so than financial considerations,â said Fleming. âDespite a likely increase in the lock-in effect if rates continue to rise, we expect home sales will continue to remain robust, but it wonât necessarily be fueled by existing homeowners moving out and moving up as a result of the wealth effect.â

Opinions, estimates, forecasts and other views contained in this page are those of First Americanâs Chief Economist, do not necessarily represent the views of First American or its management, should not be construed as indicating First Americanâs business prospects or expected results, and are subject to change without notice. Although the First American Economics team attempts to provide reliable, useful information, it does not guarantee that the information is accurate, current or suitable for any particular purpose. Â© 2021 by First American. Information from this page may be used with proper attribution.

First American Financial Corporation (NYSE: FAF) is a leading provider of title insurance, settlement services and risk solutions for real estate transactions that traces its heritage back to 1889. First American also provides title plant management services; title and other real property records and images; valuation products and services; home warranty products; banking, trust and wealth management services; and other related products and services. With total revenue of $7.1 billion in 2020, the company offers its products and services directly and through its agents throughout the United States and abroad. In 2020, First American was named to the Fortune 100 Best Companies to Work ForÂ® list for the fifth consecutive year. More information about the company can be found at www.firstam.com.