All that bailout money, yet still unwilling to increase lending 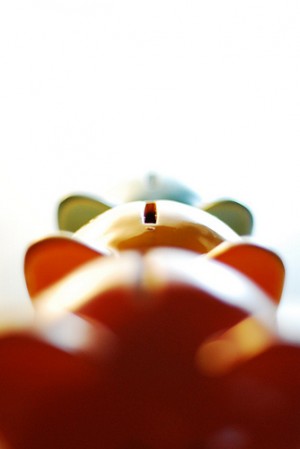 Mortgage credit is too restrictive. Consumer credit is too tight. The banking industry, which received all that bailout money, is unwilling to increase lending, and that fact sits on the very top of the list of reasons why the U.S. economic recovery has been anemic at best.

The banking industry is still in the midst of a mortgage litigation fight that blames, among other things, a lack of credit standards for the collapse in the housing market and billions in losses. And the government continues to investigate the banking industryâs role in the mortgage crisis. In fact, this week Citibank will agree to a $7 billion settlement with the Department of Justice in connection with their mortgage practices. This staggering fine, along with other recent multi-billion dollar settlements, highlights how the business of mortgages is both an important and sensitive topic.

The banks are also facing tighter regulatory scrutiny, which has forced them to de-emphasize a number of risk-taking activities and increase their capital reserves in order to de-lever and de-risk the banking sector.

Having been encouraged and incentivized to lend money and facing the consequences for doing so when things went wrong, itâs no wonder the banks are more restrictive when it comes to their post-financial crisis lending practices.

Ironically, the good news for both banks and consumers is that the banks need to lend in order to improve their performance. Recent drivers of quarterly profits for banks have come from the mortgage refinancing boom and more recently reserve releases as a result of improving credit. However, these are over and limited, respectively, so the business of lending represents the most meaningful and sustainable driver of bank performance.

The consumer is going to need to get used to tighter credit standards, which will include having skin in the game, a good credit history and proving they have the ability to repay. This credit-worthy group represents a much smaller borrower pool than was previously embraced heading into the financial crisis, but thatâs a good thing.

U.S. Department of Justice (DOJ) investigators are offering immunity to junior forex traders in London in order to gain further intelligence into alleged currency market manipulations by staffers at major intermediaries, according to the Financial Times. Investigators suspect traders and salespeople used chat rooms and other means to disseminate information and allegedly collude to manipulate forex markets. The DOJâs latest efforts indicate regulators intend to be aggressive investigating any irregularities in the more than $5 trillion forex market.

There have already been many internal probes by the worldâs largest intermediaries that have led to the suspension or termination of over two dozen traders to date. Some of these banks have already warned investors on the potential imposition of significant financial penalties and other potential consequences.

Currency markets are among the largest and generally most efficient if all parties act independently. Part of the issue around the alleged manipulation is the complex nature of how the overall market was supposed to function and benchmarks were set. Ambiguous standards of how dealers and large investors interacted also contributed to the alleged collusion.

While bank analysts have been attempting to assess regulatory and civil penalties, the longer-term impact will be on how currencies and other OTC markets will be regulated and operated. A positive outcome of the intensified regulatory and internal investigations will be more comprehensive protocols and mechanics for setting various forex levels.