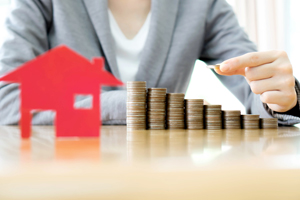 In a working paper titled âHow Do Consumers Respond When Default Options Push the Envelope?”1, the Institute, in conjunction with behavioral scientists from UCLA, Harvard and the University of Pennsylvania, shared results from a pioneering study2 that looked at the impact to retirement plan enrollment and savings behavior when individuals were shown savings rates above traditionally displayed levels.

âThe single most important factor for retirement success is a participantâs savings rate. If a person hasnât saved enough, then itâs virtually impossible for them to achieve a successful retirement outcome,â said Charlie Nelson, CEO of Retirement for Voya Financial. âThe good news is that through insights from the field of behavioral finance, we have made corresponding innovations that more easily position workers to get the most out of their retirement plan. One area of research has focused on the suggested savings rates that are displayed when an individual first enrolls in their retirement plan. Our latest Institute study shows that there is an opportunity to set more optimal initial contribution rates that can encourage greater savings, engage participants and lead to improved outcomes.â

This is especially relevant with the advent of automatic enrollment, which has been an effective plan design tool for overcoming behavioral barriers to saving. Many plans that offer this feature today, however, set their âdefaultâ contribution rates relatively low. Most suggest a three percent rate to their enrollees, and very few venture above six percent.

âMany employers are reluctant to suggest higher contribution rates due to a concern that their workers might blindly accept what is not in their best interest, or that they might get intimidated and opt out of the plan altogether,â said Dr. Shlomo Benartzi, UCLA Anderson School of Management professor and a senior academic advisor to the Voya Behavioral Finance Institute for Innovation. âHowever, no one had researched these concerns using a scientific approach. Would plan participants accept a seven, eight or nine percent savings rate? Can we push it even higher into double digits? Through this study, our team found these pre-conceived fears were largely unwarranted.â

The subjects of Voyaâs study were individuals who visited their employerâs plan enrollment website. As part of the enrollment process, they were randomly assigned to see a suggested contribution rate ranging from six percent up to 11 percent, in one percent increments.3 Key findings included the following:

âBy testing different retirement plan saving rates that are shown online to individuals, we have evidence to support that employers shouldnât worry about âpushing the envelopeâ and suggesting higher levels,â said Richard Mason, head of Behavioral Finance at Voya Financial. âRather, they should be more concerned about rates that are too low to meet future retirement needs. While there has been significant progress in the adoption of automatic plan features, a natural next step could be for employers to consider substantially increasing the most commonly used default rate today (three percent) in auto-enroll plans. Through additional research, we hope to gain even more evidence of how these types of changes can make a very positive difference for millions of working Americans.â

Voyaâs Behavioral Finance Institute for Innovation is a research initiative that merges behavioral science with the speed and scale of the digital world to create large-scale solutions that are designed to help improve individual retirement outcomes. For more information on the Institute and to view the findings from the current working paper or future studies, please visit Voya.com/behavioralfinance.

1. How Do Consumers Respond When Default Options Push the Envelope? (SSRN # 3050562), by John Beshears of Harvard University and NBER; Shlomo Benartzi of University of California, Los Angeles; Richard T. Mason of City, University of London and Voya Financial; and Katherine L. Milkman of University of Pennsylvania.
2. Voyaâs study involved 10,000 employees who visited a workplace retirement plan enrollment website between November 2016 and July 2017. After entering basic personal information, employees were prompted to select a randomly assigned retirement savings contribution rate of 6% (the control group) up to 11%. Researchers waited 60 days after an individualâs website visit before collecting their contribution data.
3.We tested the suggested rate in an opt-in environment. While suggested rates in an opt-in environment are a âsoftâ default, we predict that our results will also apply to âharderâ defaults in auto-enrollment plans, where participants are automatically assigned the default rate unless they actively opt out.
4. Assumes 40 years of saving with a six percent rate of return.
5. Based on an average savings rate increase of .5% of pay from the studyâs base rate of 6.11%.