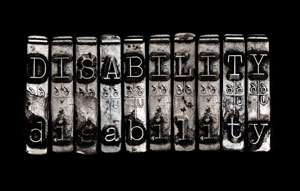 To commemorate the launch, Wells Fargo and USBLN will host a two-day event that will kick off in Charlotte, NC on June 8, 2015 at the Wells Fargo Atrium with remarks and speeches by distinguished guests. Immediately following the opening event, attendees and dignitaries will be invited to tour America’s Disability Rights Museum on Wheels (DRMW), which will be located at Levine Avenue of the Arts through June 9 for tours before embarking on a cross-country tour leading into 2016.

“At Wells Fargo, we are committed to serving customers and team members with disabilities, and we are proud to support this museum. As a Presenting Partner, we are honored to be part of this historic occasion to celebrate the legacy of the disability rights movement,” said Kathy Martinez, People With Disabilities Segment manager at Wells Fargo.

The history of disability rights

America’s Disability Rights Museum on Wheels is an accessible self-contained motor vehicle that features interactive learning opportunities and emerging technologies. The DRMW provides a unique opportunity to learn the fascinating history of the disability rights movement. It presents an eye-catching exhibit that invites the visitor to participate in hands-on learning about the disability civil rights movement and the technological innovation as a result of the Americans with Disabilities Act (ADA).

“We are also thrilled to announce our collaborative partnership with the ADA Legacy Project,” said Jill Houghton, Executive Director of the USBLN. “The ADA’s relatively quick passage was greatly facilitated by an unprecedented grass roots movement throughout the country. The ADA Legacy Project and Tour pays tribute to the cross-disability movement that led to the passage of the ADA."

Together, the ADA25 Legacy Project and America’s Disability Rights Museum on Wheels are aligning communities with a vision that bridges the legacy of the ADA and the next 25 years. Specifically, the DRMW is designed to help local communities:

Locations have been identified by their proximity to geographic target markets of USBLN corporate members. The markets include Washington, D.C., Los Angeles, Chicago, Atlanta, Charlotte, New York, San Francisco and Seattle. Additionally, tour stops are aligned with several of the nation’s most prominent ADA Celebrations under development. Identified stops in 2015 to date include:

For information about sponsoring the DRMW, please contact Liz Taub at liz@usbln.org.

About The ADA Legacy Project and Tour
The Tour is a traveling exhibit rolling across the country raising awareness and building excitement toward ADA25 – the 25th anniversary of the ADA. The ADA Legacy Tour is inspired by the historic 50-state journey taken by the husband-and-wife team of Justin and Yoshiko Dart in 1988 to garner grassroots support for the yet-to-be-passed Americans with Disabilities Act. www.roadtofreedom.net

About Wells Fargo & Company
Wells Fargo & Company (NYSE: WFC) is a nationwide, diversified, community-based financial services company with $1.7 trillion in assets. Founded in 1852 and headquartered in San Francisco, Wells Fargo provides banking, insurance, investments, mortgage, and consumer and commercial finance through more than 8,700 locations, 12,500 ATMs, and the internet (wellsfargo.com) and mobile banking, and has offices in 36 countries to support customers who conduct business in the global economy. With approximately 266,000 team members, Wells Fargo serves one in three households in the United States.

Wells Fargo & Company was ranked No. 29 on Fortune’s 2014 rankings of America’s largest corporations. In 2014, Wells Fargo donated $281.2 million in grants to 17,100 nonprofits, and team members volunteered 1.74 million hours around the country. Wells Fargo’s vision is to satisfy all our customers’ financial needs and help them succeed financially. Wells Fargo perspectives are also available at Wells Fargo Blogs and Wells Fargo Stories.