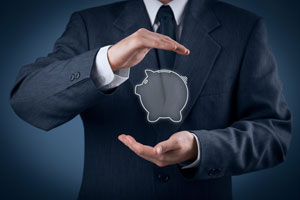 In this year’s Inside the Minds of Plan Participants survey, workers also expressed a more positive relationship with investing; those who feel experienced in making investment decisions climbed from 53% in 2017 to 67% this year.

But the research also uncovered a disconnect. While plan participants today are more optimistic than ever, there is still a shortfall in savings levels, and financial literacy is deteriorating. And when it comes to the reasons for participating in a company’s retirement plan, the survey found some worrisome indications. While many workers still rate a steady income in retirement at the top of their DC plan wish list (56%), that number is down from 65% in last year’s survey. Another answer jumped significantly; more participants (46%) want to use their DC plan savings (regardless of when) to live comfortably and enjoy life than in previous years (34% in 2015) and seem inclined to use their DC plan savings almost as an easily accessible piggy bank.

“Plan participants want longer-lasting savings, and a steady income stream in retirement. Unfortunately, not enough US workers know how to save wisely, early, and continuously, and really rely on their workplace retirement plans to get them on the right path,” said Jennifer DeLong, Head of Defined Contribution at AB. “While many defined contribution plans have adopted automatic enrollment in conjunction with a qualified default investment alternative, fewer include automatic escalation of savings rates starting at high enough levels. Additionally, more plans should consider offering a lifetime income solution not only to help older participants create that income stream in retirement, but to help younger participants understand how early savings will drive their future retirement income. We believe these are key factors that could significantly improve plan participants’ retirement outcomes.”

The report’s key findings include:

While retirement confidence is pushing toward 50%, more than half of American workers still feel unsure. Many plan participants voice concerns over the timing of their retirement. Roughly one in five say they will either work part-time or delay retiring, and 17% say they either have not thought about retirement or do not even plan to retire. Notably, this year is also the first time that concern over the viability of Social Security is the most-cited issue among plan participants â slightly more prominent than the potential of outliving their savings, maintaining their lifestyle or being dependent on others. More than 90% of respondents are concerned about programs such as Medicare and Social Security, and two-thirds find them very important.

For a strong majority of retirees, retirement is not so bad after all. More than 70% of retired respondents say their current lifestyle is either in line with or better than their expectations. Nearly two-thirds (64%) say their standard of living has at least stayed the same, if not improved. Roughly three-fourths of retirees have a satisfactory opinion of their finances. Half say that after paying their bills each month, there’s still enough left over for things like restaurants and leisure activities. An additional 23% say they’re very comfortable and have enough money to do just about all the things they enjoy.

But it’s important to note that the percentage of those feeling upbeat about retirement is close to the percentage of those saying they’re receiving a pension. That pensioned proportion of the retired population will likely decline at least a bit with each passing year, while the number of retirees (one-third) who report dissatisfaction with life or finances in retirement is equally likely to increase with each year, as the rate of seniors filing for bankruptcy has tripled since 19911.

While retirement confidence is pushing toward 50%, more than half of American workers still feel unsure... with concerns over the timing of their retirement

When we asked retirees if they were to do it all over again, 23% said they wouldn’t do anything differently. Most interestingly, whether the retiree is receiving a pension or not, almost half (47%) cite they would have increased their retirement plan contributions, and one-third of retirees view health as a key retirement challenge â whether it is taking better care of their health (27%) or developing a better plan for health care expenses (16%).

In the event of a substantial market downturn, almost half (47%) of respondents would monitor the situation but take no immediate action. One-third (35%) would leave everything as is, while nearly one-fourth (24%) say they’d move money to different investments. Interestingly, those responses contradict the finding that half of respondents (47%) also want to become more conservative investors during times of market volatility.

More plan sponsors may want to consider adding lifetime income solutions based on what participants say they want, and target-date funds may be the best way to go: What do participants want most in their DC plans? A steady income stream in retirement. Retirement income certainty (49%) far outstripped the other options, such as principal protection, upside potential, downside protection and a diversified investment mix. Plan participants also react very positively to the idea of a target-date fund (TDF) with a guaranteed income feature. Ninety-four percent of all employees would keep some or all of their contributions in a target-date fund that guaranteed an income stream for life.

TDFs are increasingly prevalent in DC plans, and many participants use and appreciate them. But despite familiarity and appeal, TDFs are still not well understood. TDF users are now giving wrong answers more frequently than in AB’s 2015 survey â and more often than the 2018 TDF nonusers. More TDF users now wrongly believe that the funds guarantee they will meet their income needs in retirement (48%) or that the account balance is guaranteed to never go down (38%), among other misunderstandings.

Additional information about AB may be found on our website, www.alliancebernstein.com.