It’s here, it’s in effect and it’s time to take hold of it 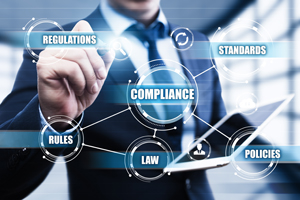 Mr. McCleskey, a veteran compliance and regulatory professional with over twenty-five years of experience in the US and Europe, is Senior Vice President for Eukleia, a Governance, Risk and Compliance training consultancy (www.eukleia.com). He began in the industry as a retail financial adviser, and his previous roles have included global Chief Compliance Officer of a major US financial institution, Director of Public Regulatory Policy for a European stock exchange, and advisor to companies and government organizations around the world.

The debate over whether and how to extend fiduciary responsibility to those who provide investment advice to retirement savers has been a protracted one, rife with mid-course corrections, delays, and court challenges.

In spite of the long and public nature of the process, many firms and advisers are unsure of their obligations or even unaware that they have these obligations. Others are aware of the provisions of the rule, but believe that the no-enforcement policy announced in May by the Department of Labor (DOL) means that the Rule will not go into effect until next January. They are wrong.

The DOLâs approach gives some needed breathing space to firms and agents covered by the Rule, by creating an âImplementation Periodâ between June 9th, 2017 and January 1, 2018. During this period, some of the exemptions created by the Rule will operate with fewer requirements, and the DOL and IRS will refrain from bringing enforcement action against those who are diligently making a good-faith effort to implement the Ruleâs requirements. But the fact is that the rule is now in effect and that impacted firms and individuals have responsibilities they need to meet now, not later.

Many remain unclear or unaware of what they do and do not need to do during the Implementation period. This article aims to help by addressing four key facts.

1. The Broader Definition of âFiduciaryâÂ is Now in Effect

Among the fundamental purposes of the new Fiduciary Rule was to change the definition of who is a fiduciary, effectively broadening the scope to include most firms or individuals who provide investment advice for a fee.

Because the Rule officially went into effect as of June 9, this standard now applies and those parties who fall within the broader definition have, since that date, been prohibited from certain conflicts of interest such as paying or receiving commissions for investment recommendations or receiving third party payments tied to the recommendations. As such, they need either to qualify for one of the exemptions made under the Rule, or restructure their business to eliminate the conflicts.

2. The Impartial Conduct Standards and Certain Other Requirements are Required Now

Depending on the exemption chosen, some of the exemption requirements do not yet apply but others must be implemented (or good faith efforts to implement them must be underway) during the Implementation Period.

Most importantly, compliance with the Ruleâs Impartial Conduct Standards is required during the Implementation Period, regardless of the exemption relied upon by the fiduciary. In other words, all fiduciaries under the rule are required to implement the Impartial Conduct Standards now, or risk losing their exemption (unless they have restructured their business and compensation arrangements to eliminate all conflicts).

The Impartial Conduct Standards require, in general, that fiduciaries

1) provide advice that is in their customersâ best interests;

2) charge fees and commissions that are not âunreasonableâ, and

3) avoid making any misleading statements, which would include failing to disclose material conflicts of interest. More to the point, they must be able to demonstrate that they are meeting these standards.

those parties who fall within the broader definition have, since June 9, been prohibited from certain conflicts of interest such as paying or receiving commissions for investment recommendations or receiving third party payments tied to the recommendations

During the coming months, the DOL will continue to consult stakeholders on the Rule and its requirements, and work with the Securities and Exchange Commission to coordinate the fiduciary standard across all types of investment advice. As such, some of the requirements may change, but fiduciaries should understand that the Impartial Conduct Standards are the very core of fiduciary responsibility and are unlikely to be touched.

3. The âNon-Enforcementâ Policy Applies Only to Firms Making a Diligent, Good Faith Effort to Implement the Requirements

Much has been made of the fact that the DOL has stated that it will not bring enforcement action against fiduciaries as they work to come into compliance with the Rule. But a critical caveat is that this only applies to firms that are âworking diligently and in good faithâ to implement the requirements of the Rule and its exemptions. Firms that cannot demonstrate that they have begun serious work on implementing the Impartial Conduct Standards, and preparing for the additional January 2018 requirements, are not covered by the temporary non-enforcement policy.

In practice, meeting the Impartial Conducts Standards means actively establishing a program to ensure that the firm and its agents are complying with the Standards. Such a program should include developing appropriate policies and procedures, and identifying an individual or individuals responsible for oversight of compliance with the Standards. Most importantly, staff must be trained on the Standards, including what constitutes âcustomers best interestsâ, âunreasonableâ fees, and âmisleading statementsâ. (Training modules for the Standards have been developed by Eukleia).

4. The âNon-Enforcementâ Policy Only Applies to the DOL and the IRS

Lastly, it should be noted that the Temporary Enforcement Policy only applies to enforcement by the Department of Labor, and by the IRS with regard to advice in IRA accounts. Though these are the primary regulatory authorities for the Rule, this policy does nothing to prevent other parties from taking legal action against fiduciaries for failing to meet the Impartial Conduct Standards or other requirements during the Implementation Period.

As such, firms which fail to emplace reasonable policies, controls and training around the requirements risk civil litigation as well as the ire of the regulators.

The Rule, the Exemptions, and Annuities

The Rule provides two main exemptions for advisers selling fixed annuities: Prohibited Transaction Exemption (PTE) 84-24 and the Best Interest Contract (BIC) Exemption. PTE 84-24 was an existing exemption that addressed all annuities â variable, fixed (declared) rate, and fixed indexed annuities â and has been amended with additional provisions under the new Rule. These new provisions include limiting its applicability to fixed rate annuities only, with the more arduous BIC Exemption established to provide an exemption for fixed indexed annuities.

The DOL has stated that the amendments to PTE 84-24 will not come into force until January 1, 2018, with the exception that the Impartial Conduct Standards come into effect immediately. This is important because it means that advisers have a choice as to which exemption to rely on during the Implementation Period, since they can rely on PTE 84-24âs existing broad coverage for all classes of annuity.

In practice, though, advisers selling fixed indexed annuities should probably focus upon the BIC Exemption, since they need to be in full compliance with its requirements by the end of the Implementation Period.