Unemployment for People With Disabilities Drops in 2014 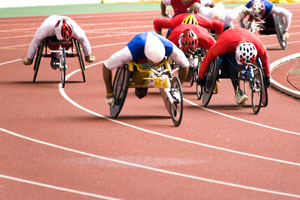 The Allsup Disability Study: Income at Risk report illustrates through Social Security Administration data that, counter to perception, fewer people are seeking SSDI benefits. In addition, the economic opportunities appear to be improving for people with disabilities — though they still experienced an unemployment rate that is 53 percent higher than for people with no disabilities during the fourth quarter of 2014. The full report is available here.

More people with disabilities participating in the workforce carries benefits that include those individuals' contributions to the trust funds for the Social Security retirement and disability programs, Doeren added. The fourth quarter of 2014 also ended with a significant decline in SSDI applications, continuing a trend that began in the fourth quarter of 2012 when SSDI applications dropped below 700,000.

"The trend in SSDI applications over the years can be connected to several factors, including the aging of the working population and fluctuations within the economy," said Steve Perrigo, vice president, Allsup. Baby boomers have aged into their peak disability years, or 50s, and now are aging into their retirement years, or 60s, he explained.

Perrigo, a former SSA field office manager, said forecasts about the growth and leveling off of SSDI program participation appear to be on track with U.S. demographics. "The youngest baby boomers reached 50 in 2014, and the average age of disability through the SSDI program is about 53. This helps to illustrate one element in the surge we saw about 10 years ago, and also accounts for the likelihood of fewer SSDI applications going forward."

Social Security Disability Insurance is a federally mandated insurance program that provides monthly benefits to individuals who are under full retirement age (65-67) and who can no longer work because of a severe, long-term or terminal disability. FICA payroll taxes paid by workers and their employers fund the program, which is administered by the SSA.

People with disabilities who receive Social Security Disability Insurance benefits may receive incentives to return to work if they are capable. To qualify for SSDI, people with severe disabilities must meet strict requirements, including the inability to do the work they did previously and/or inability to work at other occupations. Also, their disability must have lasted or be expected to last at least one year, or result in death.

Although most people who receive SSDI are not able to return to work, the SSA oversees work attempts that allow people to try to work while protecting their SSDI benefits for a period of time. The SSA also offers the Ticket to Work program that includes free job-related employment support through organizations like Employment Networks, or ENs.

"There are some important protections for people with disabilities to participate in the Ticket to Work program, including the protection from CDRs," Perrigo explained. The SSA is required to conduct periodic CDRs to determine if existing beneficiaries should continue receiving benefits. For more information about applying for SSDI benefits, contact the Allsup Disability Evaluation Center for a free evaluation.

Reach an Allsup specialist with questions about Social Security disability benefits by calling (800) 678-3276.

ABOUT ALLSUP
Allsup is a nationwide provider of Social Security disability, veterans disability appeal and Medicare services for individuals, employers and insurance carriers. Allsup professionals deliver specialized services supporting people with disabilities and seniors so they may lead lives that are as financially secure and as healthy as possible. Founded in 1984, the company is based in Belleville, Ill., near St. Louis. Visit http://www.Allsup.com or connect with Allsup at http://www.facebook.com/allsupinc.