The Low Down on High Times

Use As markets open across the country, and usage grows exponentially, the industry begins to codify the underwriting process 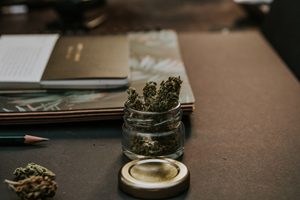 Mr. Baker is the President of Baker Associates, the underwriting affiliate of Trusted Advisors Network. Connect with him by e-mail: [email protected]

Want to hear a little-known fact? George Washington, the 1st President of the United States, grew marijuana on his farm! He may have used it to deal with his toothaches. Hereâs another: When medical marijuana dispensaries first opened in Colorado they outnumbered Starbucks three to one!

As we can see, more and more states are following Coloradoâs lead for medical or recreational use, which should not come as any surprise: approximately 94 million Americans have used marijuana. Clearly, itâs a BIG market.

The Low Down on High Times

But first let me give you the lowdown on some concerns surrounding life insurance and marijuana. Yes, you can get approved for life even if you smoke marijuana or use it in another form, but there are additional issues to consider when compared with those who donât use marijuana… including more expensive premiums than someone who does not smoke marijuana. A red flag for underwriters is tetrahydrocannabinol commonly known as THC. THC is a chemical compound found inside the marijuana plant. Itâs responsible for bringing on marijuanaâs euphoric high. If a lab test reveals the presence of THC in your blood, some insurers may view you as a cigarette smoker which means you could pay expensive smoker rates and higher premiums. Life insurance carriers commonly test for drugs (blood and/or urine) and these tests detect THC if itâs present.

If you have a prescription for medical marijuana, you could still qualify for the best insurance rates, but insurance carriers will want to know what the condition the marijuana is prescribed to treat and why. If your prescription is for something significant, you will be rated based on actuarial mortality tables for that illness or disorder.

Regardless of whether you smoke for recreation or medical reasons, be truthful about itâ¦. lying could prevent you from getting insurance at all. Many proposed insureds are afraid that by disclosing their use, it will become known to their employer or even the government that they do. Itâs important to remember that the Health Insurance Portability and Accountability Act (âHIPPAâ) which was enacted in 1996 provides for data privacy and security provisions for safeguarding medical Information. This holds true for insurance carriers as well. If a HIIPAA violation occurs, the penalties are based on the degree of negligence and can range from $100 to $50,00 with a maximum penalty of $1.5 million per year. In addition, violations can also carry criminal charges resulting in jail time.

Hereâs a breakdown of where States stand on Marijuana:

Insurance carriers each have their guidelines regarding marijuana:

AIG
â¢ Best Outcome: Standard (Non-Tabacco) rates if you use marijuana no more two times per month
â¢ Worst Outcome: If you smoke marijuana more than two times a month, the best rating you can get is Standard Tabacco. Your frequency of use will be looked at individually; and itâs possible that you will get a lower rating or even be declined.
â¢ Medical Outcome: If you smoke marijuana for medicinal purposes, your prescription will need to be verified, and you will be rated based on the underlying condition.

Lincoln National:
â¢ Best Outcome: Preferred Plus (Non-Tobacco) rates if you smoke marijuana once per month or less in social situations. Preferred (Non-Tobacco) rates if you smoke up to two times per week in social situations
â¢ Worst Outcome: If you smoke marijuana more than two times per week or exhibit signs of alcohol abuse, or other drug use or any psychiatric condition, it may be difficult to get competitive rates
â¢ Medicinal Outcome: Your rating will be based on the underlying medical condition

Yes, you can get approved for life even if you smoke marijuana or use it in another form, but there are additional issues to consider when compared with those who donât use marijuana including more expensive premiums...

Brighthouse (via Metlife)
â¢ Best Outcome: if you smoke marijuana up to four times per week and show no sign of social or occupational impairment, you will receive at least a Standard (Non-Tobacco) rating with the opportunity to receive Preferred, Elite or Elite Plus (all Non-Tobacco) ratings depending on whether or not you exhibit any signs of alcohol abuse or anxiety issues
â¢ Worst Outcome: If you smoke five times per week or more, it is considered heavy use, and you are unlikely to get competitive rates. Additionally, while Brighthouse does not screen for marijuana in urine tests, if they find a positive result for marijuana in a urine test in your medical records or another companyâs medical records, they will consider it heavy use and you are unlikely to get competitive rates
â¢ Medicinal Outcome: You may be able to get Standard or Preferred (non-Tobacco) rates depending on the underlying condition and frequency of use.

North American
â¢ Best outcome: Nontobacco rates apply for recreational marijuana users 21 years of age or older. Cases are looked at on an individual basis.
â¢ Worst Outcome: Tobacco rates or declined if you are a heavy marijuana user or if other drugs are used.
â¢ Medicinal Outcome: No guidelines have been issued

United of Omaha
â¢ Best Outcome: Standard (Non-Smoker) rates are available for marijuana users who smoke three times of less per month.
â¢ Medicinal Outcome: Rates are based on your underlying condition, but typically they are Tobacco ratings.
What is the difference between CBD and THC and what are the benefits of the use of CBD?
Survey: 42% of CBD Users Use Less Pain Pills

Thereâs a new survey that shows CBD Users use less pain pills because of the positive effects of Cannabidiol, also known as CBD. The compound is another component found in the cannabis plant besides Tetrahydrocannabinol (THC). The most striking difference between CBD and THC is that CBD is non-psychoactive, meaning that it does not make users get âhighâ.

Other interesting findings include:

Participants in the survey said they used CBD mostly to treat ailments like insomnia, depression, anxiety, and joint pain.

The survey holds an especially integral finding that can be used in the fight against the opioid epidemic plaguing America. According to The Georgia Straight, the survey also shows that nearly half (42 percent) of CBD users use less pain pills and not only did they stop using prescription drugs like Vicodin or Percocet after they began using CBD; they also avoided over-the-counter pain relievers like Tylenol and Advil. â