U.S. Supreme Court Will Not Hear Challenge to ACA Board 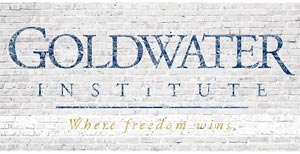 Washington, D.C.—Monday the U.S. Supreme Court announced it would not hear a Goldwater Institute challenge to the Independent Payment Advisory Board created by the Affordable Care Act.

“This case is not dead; we’re simply in a holding pattern,” said Christina Sandefur, a senior attorney at the Goldwater Institute. “We will bring this challenge again once the Independent Payment Advisory Board takes action.”

The Independent Payment Advisory Board is a 15-member board created to set reimbursement rates for Medicare. In reality, it has the power to govern decisions about public and private health care, and to determine which procedures, treatments and drugs will and will not be covered by the government programs that pay for the medical treatment of more than 48 million Americans.

IPAB’s decisions automatically become law and cannot be challenged in court. The ACA was written so that the Board cannot be repealed without an unprecedented congressional supermajority, and only during a short window in 2017. These features are unique to the Independent Payment Advisory Board. Never in American history has another board been created with such broad authority to make law without Congress’s vote or the president’s signature, and that cannot be challenged in court or repealed.

This consolidation of power into one unelected agency was the main aspect of the Goldwater Institute’s challenge. But because the Board has not yet been appointed, or made any decisions, the Ninth Circuit Court of Appeals said the case was not ripe for review at this time.

[And] the Supreme Court did not disturb that ruling. According to the ACA, as long as IPAB remains unstaffed, the Secretary of Health and Human Services wields the Board’s vast powers alone. And while the Board must act when Medicare costs rise higher than a designated percentage of inflation in a single year, nothing stops it from taking whatever action its members consider to be “related to the Medicare program.”

In reality, it has the power to govern decisions about public and private health care

“We are disappointed we have to wait to bring this challenge before the Court—Americans are subject to IPAB’s limitless decision-making with no recourse,” said Sandefur. “Because the Board is completely insul[a]ted from constitutional checks and balances, without Supreme Court action now, it may be too late to decide the case later.”

Congressman Phil Roe (R-TN) has introduced legislation in the U.S. House of Representatives to repeal the Independent Payment Advisory Board. His bill has received dozens of co-sponsors, including several Democrats. Former Congressman Barney Frank (D-NY) has been a vocal critic of the Independent Payment Advisory Board and has also called for its repeal. Twenty-five members of Congress filed an amicus brief asking the Court to hear the Goldwater Institute challenge to IPAB.