Half tied to fraud and bribery in the investigation

New report from AM Best measures the impact of poor strategic direction, weak operations and underpricing/under-reserving. 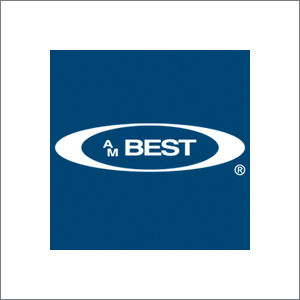 OLDWICK, N.J., November 9, 2020âTen insurance companies became impaired in 2019, compared with three in 2018, including five affiliated life and annuity insurance companies related to a federal investigation into wire fraud and bribery, according to a new AM Best special report.

Three health insurers, one life reinsurer and one long-term care accident & health (A&H) insurer made up the remainder of the 2019 impairments, as detailed in the Bestâs Special Report, titled, â2019 U.S. Life/Health Impairments Update.â The five affiliated companies were part of the Global Bankers Insurance Group, whose owner was sentenced to prison on wire fraud and bribery charges.

The report states that from 2000 to 2019, 175 life and health insurers became impaired. These impairments consisted of 137 insolvent liquidations, 36 rehabilitationsâof which 14 were closed during the period and 22 remained open as of this reportâand two conservation actions. AM Best defines impairments as being situations in which a company has been placed, via court order, into conservation, rehabilitation or insolvent liquidation. Supervisory actions undertaken by insurance department regulators without court order are not considered impairments, unless delays or limitations were placed on policyholder payments.

Specific causes have been identified for some of the impairments, with most falling into the category of general business failure arising out of some combination of poor strategic direction, weak operations, internal controls weaknesses or underpricing and under-reserving of the business. The most relevant aspect of these impairments may be the products the companies offered and the productsâ potential risks.

During the 2000-2019 period, 69% of the impairments were A&H or health insurers, while 15% were small life insurers that focused primarily on selling lower-value industrial/burial policies or stipulated premium business in southern U.S. states. The remaining 28 impairments (16%) involved fraternal entities (6), annuity writers (11), and other companies with life or combined life, annuity and health business (11).

Excerpts from the AM Best Impairments Report

Six fraternal entities became impaired during the period. Fraternals provide insurance coverage to association members and are often organized along ethnic or heritage lines. In general, the six impairments involved very small operations that could not maintain sufficient scale to remain viable.

Of the 74 impaired companies, 33 were engaged primarily in the sale of life products. Of these, 19 were focused on industrial life or burial insurance, and 25 wrote business in a single state...

Seventy-four life and health insurers became impaired. These insurers offer a broad array of insurance coverages and investment products and, absent identified impairment causes, are best considered in terms of the primary lines of business written, split into four components: life, annuity, A&H, and companies offering some combination of these. Of the 74 impaired companies, 33 were engaged primarily in the sale of life products. Of these, 19 were focused on industrial life or burial insurance, and 25 wrote business in a single state.

Seven impairments involved companies selling assessable stipulated premium business: one that sold credit life as well as ordinary life products; one that sold ordinary life only but had deteriorated to a non-viable scale of operations; an ordinary life writer that had been in run-off for some years before being ordered into liquidation in 2003; a mutual life insurer providing a wide variety of life insurance products, primarily ordinary life, which was placed in rehabilitation due to a reinsurance trust shortfall, as it was not permitted to take reserve credit for anything held in the trust beyond cash balances; a life reinsurer that had been in run-off since 2008 and experienced adverse financial results due to unprecedented levels
of current and projected future adverse mortality experience; and two affiliated insurers, one most recently engaged in pre-need life and group dental business, and the other in run-off, both of which were placed in rehabilitation after the controlling shareholder was charged with conspiracy to commit fraud and bribery.

To access the full copy of this special report, please visit here.

AM Best is a global credit rating agency, news publisher and data provider specializing in the insurance industry. The company does business in more than 100 countries. Headquartered in Oldwick, NJ, AM Best has offices in cities around the world, including London, Amsterdam, Dubai, Hong Kong, Singapore and Mexico City. For more information, visit www.ambest.com.