Can the US go it alone?

U.S. Economy to Maintain its Momentum Despite World of Worries

As China, Europe softens, US economy still on solid ground 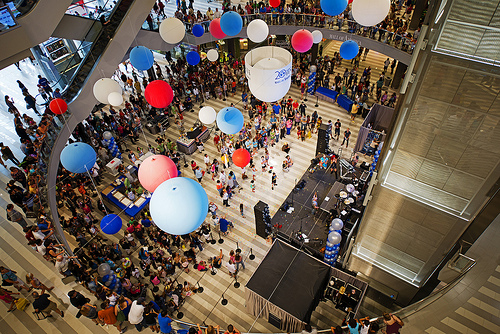 CHICAGO, ILLINOIS and TORONTO, ONTARIO–(Marketwired – Sept. 29, 2014) – A new report from BMO Economics entitled “Can the U.S. Go it Alone?” notes that while the major economies of China, Japan and Europe are softening, the outlook for the U.S. economy remains on solid ground.

The report, written by Chief Economist Douglas Porter, notes that while news out of North America has generally been positive, much of the rest of the world is struggling economically.
“The evidence of the past 25 years suggests that the U.S. economy can indeed go it alone,” said Mr. Porter. “For instance, there were at least three separate episodes in the 1990s where U.S. exports were hit quite hard by external traumas – an off-cycle recession in Europe, the Mexican recession and the Asian Crisis – and yet GDP either barely slipped or kept sailing right along. Even during the tech wreck of 2000/02, U.S. growth managed to never turn negative on a year-over-year basis despite a devastating drop in exports.”

The report notes three important factors to consider as to why the U.S. economy can ride through various export storms:

“Financial markets have suddenly sounded decidedly negative on this issue,” said Mr. Porter. “Commodity prices have tumbled in recent weeks, due in part to a dimmer global economic outlook but also on specific growth concerns in China. Commodity exporting countries will bear the brunt of this, while consumer goods and services exporters and commodity importing countries, such as the U.S., are set to benefit.”

Most major indicators suggest that the U.S. economy is firing on all cylinders

Most major indicators suggest that the U.S. economy is firing on all cylinders. The Q2 GDP growth estimate from the Commerce Department has been revised up to 4.6 percent from 4.2 percent, and BMO Economics forecasts Q3 GDP growth will be 3.2 percent from 2.8 percent previously.

“Diversified export countries such as the United States are very well positioned for the future, and this optimistic outlook is consistent with what we’re hearing from our commercial banking customers, each and every day,” said Dave Casper, Executive Vice President and Head, Commercial Banking, BMO Harris Bank. “Their optimism is reflected in the investments they are making in their business to position themselves for future growth.”

“Unemployment is down and wages are finally poised to rise,” notes Mr. Porter. “We’re looking at almost all systems go for the consumer outlook, with consumer confidence, auto sales and job growth getting back to their pre-recession levels.”

The report notes that historical data from the last quarter century indicates that the U.S. economy will continue its momentum despite the struggling economics of other key regions.

BMO Economics forecasts that the U.S. growth will be able to offset a mild slowdown in other countries and hold up global GDP. Global growth is expected to increase in 2015 to just over 3.5 percent, after three consecutive years of GDP around 3 percent.

About BMO Financial Group
Established in 1817 as Bank of Montreal, BMO Financial Group is a highly diversified financial services organization based in North America. The bank offers a broad range of retail banking, wealth management and investment banking products and services to more than 12 million customers. BMO Financial Group had more than $586 billion in total assets and approximately 47,000 employees at July 31, 2014.