A new white paper from the Texas Association of Business and the National Bankers Association reveals that regulations have become ineffective, misplaced, and economically harmful.Â The white paper can be found at: https://www.txbiz.org/correspondentbanking 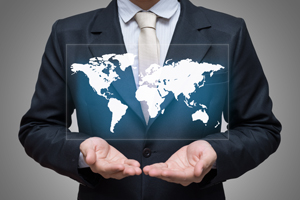 \AUSTIN, Texas , April 28, 2022 /PRNewswire/ — The Texas Association of Business (TAB) and the National Bankers Association (NBA) today announced the release of a groundbreaking econometric report on the unintended adverse economic and social effects that current U.S. anti-money laundering (AML) and combatting financial terror (CFT) regulations have had on cross-border correspondent banking relationship between the U.S. and Mexico.

The new report, authored by former Under Secretary of Commerce for Economic Affairs Dr. Robert J. Shapiro, found that misplaced emphasis of U.S. AML/CFT regulations and enforcement on correspondent banking, with particular attention to transfers between the United States and Mexico, contributed to a cumulative U.S. GDP loss of $38.3 billion, approximately $5.5 billion per year, between 2012 and 2018.

The analysis also found that:

These efforts disregard more than a decade of documented Mexican government and banking institution steps to sharply reduce the risk of money launderers taking advantage of the nation's banks and correspondent banking arrangements...

Dr. Shapiro’s report found that current AML/CFT regulations are costly, ineffective, and misplaced, significantly impacting foreign direct investment and trade between the two countries. Dr. Shapiro and his team applied a novel, econometric model to analyze the impact of such regulations.

These ineffective regulations restrict the services Mexican correspondent banks can provide and limit the flow of cash remittances in and out of the country.

“Our econometric analysis shows that the reductions in cross-border correspondent banking relationships and values associated with AML/CFT efforts have resulted in slower growth in foreign direct investment and trade between the two countries than would have been expected but for the AML/CFT focus on correspondent banking,” Dr. Shapiro said. “These efforts disregard more than a decade of documented Mexican government and banking institution steps to sharply reduce the risk of money launderers taking advantage of the nation’s banks and correspondent banking arrangements. The result instead has substantially reduced the number of banks in the remittance business, in turn increasing the burden and cost of sending and receiving remitted funds and adversely affecting those generally least able to bear those associated burdens and costs, including lower-income and often unbanked individuals with marginal access to financial institutions.”

“Dr. Shapiro’s groundbreaking work illustrates the importance of repairing current AML/CFT regulations, especially because we know financial and economic instability is a key driver of migration flows,” TAB CEO Glenn Hamer said. “U.S. institutions need to be told it’s safe to engage in the correspondent banking marketplace. The longer the status quo is maintained, the bigger the ongoing impact will be to GDP, FDI, and jobs on both sides of the border.

“Dr. Shapiro’s paper makes crystal clear that the correspondent banking marketplace needs updated and unambiguous guidance that reflects the reality of the current banking environment and reverses outdated policies that harm those least able to shoulder the cost.”

Dr. Shapiro’s report is being released with the additional support of the National Bankers Association, a trade group representing minority-owned banks across the U.S. and fighting for increased access to financial inclusion and banking services.

TAB is the Texas State Chamber, representing companies of every size and industry. The Association’s purpose is to champion the best business climate in the world, unleashing the power of free enterprise to enhance lives for generations. Follow TAB on Facebook, Twitter, and LinkedIn.