Allianz Life study finds better preparation among those working with a financial professional, but opportunity remains for finpros to help with life-stage-specific planning and Social Security strategy. 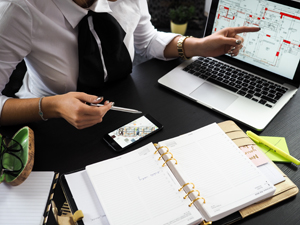 MINNEAPOLIS â June 21, 2022 â As Americans continue to manage their finances during the uncertainty brought on by the pandemic, financial planning with the assistance of a professional is helping them feel more confident about the future.

More than nine in 10 respondents (93%) said setting financial goals and developing a plan to achieve them is important to helping them support their future ambitions, with another 86% citing the benefits of working with a financial professional, according to the new 2022 Retirement Risk Readiness Study from Allianz Life Insurance Company of North America (Allianz Life).

Accordingly, those who are already working with a financial professional are feeling significantly more prepared to manage a number of potential risks to their retirement, including saving enough, having a plan for retirement income, and addressing the rising cost of living:

âSo many Americans are in a vulnerable spot right now with their finances, itâs encouraging to see the high value placed on not only the practice of financial planning, but also the guidance of a financial professional,â said Kelly LaVigne, vice president of Consumer Insights, Allianz Life. âThe pandemic changed a lot of expectations around finances and creating a retirement strategy, so now is the right time for financial professionals to understand, adapt, and meet clients where they are.â

Opportunity To Help With Life-Stage-Specific Planning

Regardless of life stage, people want to make sure they have enough money to last their lifetime. Over four in 10 (44%) respondents said making sure they have enough money is one of the most important things financial professionals can do to help. Still, the 2022 study identified several areas where these different groups of Americans are looking for specific assistance based on their proximity to retirement.

Retirees are focused on having their financial professional:

Pre-retirees are more likely than others to want their financial professionalâs assistance in:

So many Americans are in a vulnerable spot right now with their finances, itâs encouraging to see the high value placed on not only the practice of financial planning, but also the guidance of a financial professional...

One area where many Americans continue to struggle is with their Social Security strategy. Although most think they have a good plan for when theyâll start taking Social Security benefits and a clear understanding of the role it will play in their overall retirement finances, study findings show that expectations are different from reality.

These misconceptions extend to expectations about the role Social Security will play in their overall retirement income strategy. More near retirees (40%) and pre-retirees (35%) believe that people will get enough from Social Security to meet their needs in retirement; only 10% of retirees said this is true.

âMiscalculating how much you can depend on Social Security benefits can have a detrimental effect on your financial health throughout retirement,â added LaVigne. âFinancial professionals have the tools to help people make informed decisions about a number of complex topics, including a Social Security strategy, so their clients have a better chance of avoiding any pitfalls that can result from a lack of planning.â Keep in mind financial professionals can offer information regarding Social Security benefits, but generally cannot offer individualized advice.