Twitter is the Prime Social Media Network for World Leaders

Most Followed Leader? It’s Not Trump… It’s the Pope 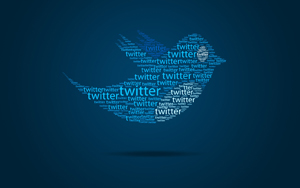 NEW YORK, June 15, 2017 /PRNewswire/ — Pope Francis is the most followed world leader on Twitter with a combined total of 33,716,301 followers on his nine language accounts, ahead of U.S. President Donald Trump with 30,133,036 followers and Indian Prime Minister Narendra Modi with 30,058,659 followers, according to Burson-Marsteller’s Twiplomacy study, an annual global survey of how world leaders, governments and international organizations use social media.

Twitter is the prime social network used by 276 heads of state and government, and foreign ministers, in 178 countries, representing 92 percent of all United Nations (UN) member states.

Facebook is the second-most used social platform by world leaders, with 169 governments having established official pages. However, world leaders have, on average, twice as many followers on their Facebook pages as followers on Twitter. Data for Twiplomacy, which updated the studies about Facebook, Instagram, Snapchat and Periscope, was captured in May 2017 using Burson-Marsteller’s proprietary Burson tools, CrowdTangle.com and Twitonomy.com.

President Trump is among a very small group of leaders who manage their own Twitter accounts, and his tweets have generated 166 million interactions (likes and retweets) over the past 12 months â including the nearly four months since he was sworn in as U.S. President â almost five times as many as Modi with 35 million interactions.

Saudi Arabia’s @KingSalman is the most effective world leader on Twitter based on the average number of retweets per original tweet. Of his ten tweets over the past year, King Salman has received an average of 147,456 retweets. President Trump’s personal Twitter account, @realDonaldTrump, is the second-most effective Twitter account of any world leader, with an average of 13,094 retweets per tweet. Pope Francis is in third place, with 10,337 average retweets per tweet.

President Trump’s unorthodox use of Twitter during the U.S. presidential election campaign, and especially since taking office, has left many governments around the world wondering if – and how – they should engage with @realDonaldTrump on Twitter. Some leaders, such as Prime Minister Justin Trudeau of Canada and Pope Francis, have sub-tweeted President Trump without directly mentioning him by name. Only three world leaders have addressed @realDonaldTrump directly on Twitter to rebuke his policies, including Mexican President Enrique Pena Nieto; Hilda Heine, the President of the Marshall Islands; and Ricardo RossellÃ³, the Governor of Puerto Rico.

The 2017 edition of Twiplomacy also examines the use of other social media platforms including Facebook, Instagram, Snapchat and Periscope, and the Twiplomacy.com website includes rankings as well as a social media atlas for each country studied. The study found, for example, the number of governments using Periscope has doubled over the past year, offering a cost-effective way to broadcast press conferences live.

“Politics and diplomacy are playing out on social media in a way we have never seen before,” said Don Baer, Worldwide Chair and CEO, Burson-Marsteller. “With the U.S. president bypassing traditional government channels to communicate directly to his supporters and detractors alike, we can expect more people in positions of power to adopt this practice. Our Twiplomacy study shows how fast-paced and dynamic our communications landscape truly is.”

“The study demonstrates the intense evolution in how world leaders and governments are using social media to reach policy or political objectives,” added Ramiro Prudencio, CEO of Burson-Marsteller Europe, Middle East and Africa. “This cross-platform analysis provides key insights on social media use in a global, fast-paced, connected, 24/7 information environment.”

The 2017 Twiplomacy study analyzed 856 Twitter accounts of heads of state and government, and foreign ministers, in 178 countries with a combined total audience of 356 million followers. Foreign ministries tend to use Twitter to establish mutual relations. The European Union (EU) External Action Service is the best-connected foreign office, mutually connected to 128 peers. Russia’s Foreign Ministry is in second position, maintaining mutual Twitter relations with 127 other world leaders. The German Foreign Ministry has 116 mutual connections with peers, followed by the UK Foreign Office and the Foreign Ministry of Norway with 115 and 109 mutual connections, respectively.

... the intense evolution in how world leaders and governments are using social media to reach policy or political objectives

“Twitter facilitates relations between world leaders in today’s online world,” said Matthias LÃ¼fkens, Managing Director, Digital, at Burson-Marsteller EMEA. “I am especially honored to see our @Twiplomacy Twitter account among the most followed accounts by heads of state and government.”

Other key findings include:

The complete collection of social media studies can be found on bm.com and twiplomacy.com.

About the Study
Twiplomacy is Burson-Marsteller’s leading global study of how world leaders, governments and international organizations use social media. The 2017 edition of the study specifically looked at Twitter and we updated the studies about Facebook, Instagram, Snapchat and Periscope. Data was captured in May 2017, using Burson-Marsteller’s proprietary Burson tools, CrowdTangle.com and Twitonomy.com.

About Burson-Marsteller
Burson-Marsteller, established in 1953, is a leading global strategic communications and public relations firm. It provides clients with strategic thinking and program execution across a full range of public relations, public affairs, reputation and crisis management, advertising and digital strategies. The firm’s seamless worldwide network consists of 77 offices and 85 affiliate offices, together operating in 110 countries across six continents. Burson-Marsteller is a part of Young & Rubicam Group, a subsidiary of WPP (NASDAQ: WPPGY), the world’s leader in communications services. For more information, please visit www.burson-marsteller.com.