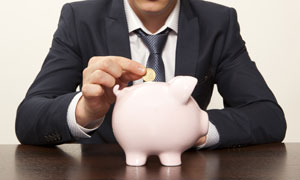 ARLINGTON, Va., April 12, 2017 /PRNewswire/ — The transition to a new presidential administration and its potential impact on bank regulation, alongside optimism about rising interest rates, are driving bankers to predict that 2017 is likely to be a strong year for banking.

However, expectations around some fundamental factors could indicate otherwise.

Bankers reported a notable increase in optimism about overall economic conditions, even as funding costs and deposit competition are expected to worsen, and loan demand is expected to grow only moderately, according to the results of the latest Bank Executive Business Outlook Survey conducted by Promontory Interfinancial Network.

The quarterly survey includes the responses of 191 bank CEOs, CFOs, and presidents across the nation and was conducted online over the course of two weeks, from January 25-February 8. Survey results are used to calculate the Banker Confidence IndexSM, which tracks the sentiment of bank leaders based on four questions related to core banking factors: access to capital, loan demand, funding costs, and deposit competition.

The survey has been tracking these four conditions for the past two years. Last quarter’s survey, which was conducted at the end of October 2016 (immediately preceding the presidential election), added a fifth question about banker expectations for overall economic conditions.

The results of the latest survey showed that the Banker Confidence Index barely moved before and after the election, remaining at 50.1, indicating some caution about conditions in the coming year. (Charted on a scale of 0-100, a score over 50 can be read as expansionary. A result below 50 can be read as contractionary.) However, reported expectations about overall economic conditions jumped sharply following President Donald Trump’s inauguration; sixty-one percent of respondents said they expect overall economic conditions for their bank to improve in the coming year, compared to just 45% in October 2016.

The vast majority of banks expect funding costs to rise and loan demand to grow only modestly.

Mark Jacobsen, President & CEO of Promontory Interfinancial Network explains, “The divergence between these two metrics highlights the degree to which bankers believe that the new administration is likely to positively affect economic conditions for banks. The vast majority of banks expect funding costs to rise and loan demand to grow only modestly. But, in their minds, these challenges are more than offset by benefits they associate with the high potential for deregulation.”

Ninety percent of survey respondents believe funding costs will be moderately or significantly worse in the upcoming year. The likely cause: recent rate increases, as well as expectations for additional rate hikes from the Federal Reserve.

Also hitting a two-year low was the expectation for deposit competition. This drop was less dramatic than the drop in funding costs, but it still reflects an expectation of gradual worsening in the deposit market.

Not surprisingly, banks estimated that managing regulatory requirements and compliance demands have a significant impact on profitability. What may be surprising, however, is that respondents quantified how much time their senior managers spend on these activities and what they think the associated costs are.

Going forward, banks reported that the regulatory change that would have the biggest positive impact for their institutions would be modification to Dodd-Frank, the 2010 law that imposed new regulations on banks in response to actions that led to the 2008 financial crisis.

About the Survey
The Bank Executive Business Outlook Survey was completed online over the course of two weeks from January 25-February 8, 2017, by CEOs, presidents, or CFOs of 191 banks. Compared to the asset-size distribution of the banking industry, responses were slightly weighted toward banks with between $1 billion and $10 billion in assets.