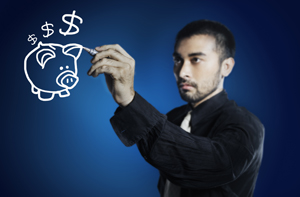 The Employee Benefit Research Institute (EBRI) developed the EBRI HSA Database to analyze the state of and individual behavior in Health Savings Accounts (HSAs). The HSA database contains 5.9 million accounts with total assets of $13.4 billion as of Dec. 31, 2017. This Issue Brief is the second longitudinal study from the HSA database and supplements the annual cross-sectional analyses. It examines trends of account balances, individual and employer contributions, distributions, invested assets, and account-owner demographics from 2011â2017. Plan sponsors who wish to introduce or continue offering HSA-eligible health plans as part of their workplace benefit program can leverage this long-term view of account-holder behaviors when developing strategies to increase employee financial wellness.

On average, account holders appear to be using HSAs as specialized checking accounts rather than investment accounts. HSAs offer a valuable tax incentive to set aside money on a tax-favored basis for current or future medical expenses. However, most account holders appear to be using the accounts to cover current expenses, such as deductibles, coinsurance, and copayments, rather than fully taking advantage of the tax preference by contributing the maximum.

most account holders appear to be using the accounts to cover current expenses, such as deductibles, coinsurance, and copayments, rather than fully taking advantage of the tax preference by contributing the maximum...

Over time, account owners appear to see the value in investing. In 2017, 10 percent of accounts opened in 2007 had investments other than cash, compared with only 2 percent among those opened in 2017. It is possible that rules requiring minimum balances may have prevented owners of relatively new accounts from investing as the accounts would not have reached the minimum balance requirement.