Trending: A Return to Growth for Billionaires Globally, with Asia Outpacing the US for the First Time

New report shines a spotlight on new trends among billionaires, including the use of networks and investments in art and sports

UBS reports focuses on ‘the year of the entrepreneur,’ and self-made billionaires. Visit www.ubs.com 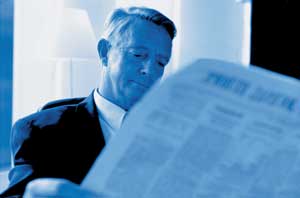 October 29, 2017 —Â NEW YORK–(BUSINESS WIRE)–Billionaire wealth returned to growth in 2016 after falling the year before. For the first time, Asian billionaires outnumbered their US counterparts but the US still retains the greatest concentration of wealth. If the current trend continues, the total wealth of Asian billionaires will overtake that of their counterparts in the US in four years.

Key Findings of the report:

It also analyzes the wider societal impact of billionaires in terms of improving living standards, job creation and providing access to cultural capital. Specifically, the report finds that:

âOnce again, we celebrate the era of the entrepreneur in the United States with self-made billionaires comprising the majority of new entrants. After the brief pause last year, we see that billionaires’ wealth has grown dramatically this year and remains strongest in the United States.” More impactful however, may be the legacies that billionaires create through their interests. Their cultural passions in art and sports, in particular, have a significant impact across the globe and in the communities where they live.

Once again, we celebrate the era of the entrepreneur in the United States with self-made billionaires comprising the majority of new entrants

Not surprising, we found that networks are of increasing importance to billionaires and based on the insights we have gathered over the years, we are able to offer them customized platforms to tap into. The findings of this report help us to stay ahead of the issues that matter to our clients and enable us to give them more tailored advice based on insights from the market and from their peers.â

“The US still leads in the world’s largest concentration of billionaire wealth. As expected in a country with such an entrepreneurial mind set, technology is the biggest driver of wealth creation. These entrepreneurs are leveraging their networks and focusing on not only growing their wealth, but also making sure they are socially impactful. This has caused the rise in impact investing, with the aim to balance competitive financial returns with positive societal outcomes.”

Total billionaire wealth rose by 17 percent from USD 5.1 trillion to USD 6.0 trillion in 2016, led by a surge in Asiaâs emerging billionaire class and growth in the materials, industrials, financial and technology sectors. On average, a new billionaire was created in Asia every two days, with the total number of Asian billionaires rising by almost a quarter to 637, compared to 563 in the US.

The combined wealth of Asian billionaires grew by almost a third from USD 1.5 trillion to USD 2.0 trillion, but still lags behind the US, which maintains the largest concentration of billionaire wealth. In 2016, US billionaires saw their wealth increase from USD 2.4 trillion to USD 2.8 trillion, driven by technological innovation, financial services and materials. The report shows that if the current trend continues, the total wealth of Asian billionaires will overtake that of their counterparts in the US in four years.

The story for Europe in 2016 was largely the preservation of wealth. There were 342 billionaires in Europe by the end of the year, but growth remained static. Overall wealth grew modestly by 5 percent to just over USD 1.3 trillion, with 24 new billionaires and 21 dropping off, a third of them due to death. This corresponds with previous findings that Europe has the highest number of multi-generational billionaires.

About UBS
UBS is committed to providing private, institutional and corporate clients worldwide, as well as retail clients in Switzerland, with superior financial advice and solutions while generating attractive and sustainable returns for shareholders. Its strategy centers on its Wealth Management and Wealth Management Americas businesses and its leading universal bank in Switzerland, complemented by its Global Asset Management business and its Investment Bank. These businesses share three key characteristics: they benefit from a strong competitive position in their targeted markets, are capital-efficient, and offer a superior structural growth and profitability outlook. UBS’s strategy builds on the strengths of all of its businesses and focuses its efforts on areas in which it excels, while seeking to capitalize on the compelling growth prospects in the businesses and regions in which it operates. Capital strength is the foundation of its success.