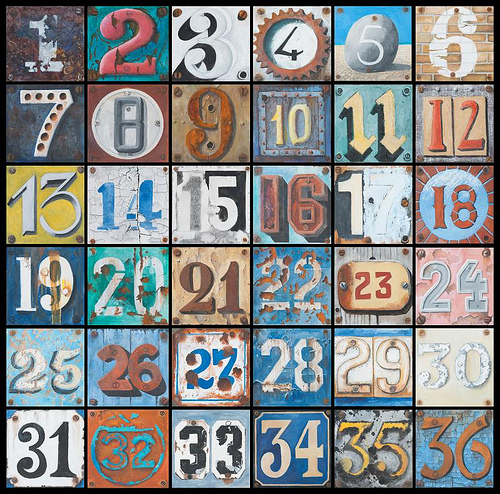 The U.S. 30-year Treasury bond yield has fallen as low as 2.33% since last June due to concerns over global economic weakness and the need for further global stimulus despite a falling employment rate and improving mortgage delinquencies.

The long bond yield of 2.33% in combination with the Fed’s target inflation rate of 2% implies investors’ expectations of about 1 to 1.5% real return per annum over the next 30 years.

The tight conditions for mortgage credit have slowed down a two-year housing recovery. First-time buyers and those with weaker credit profiles now have difficulty getting mortgages from lenders seeking to avoid defaults and put-backs by government sponsored enterprises (GSEs). Out of concern, the Federal Housing Finance Agency, overseer of the GSEs, has already outlined looser standards to encourage banks to increase mortgage lending.

Given this outlook, investing in single-family properties and commercial real estate looks enticing, at least on paper. The market prices are at 5% to 7% percent cash-on-cash net rental yield without the benefit of leverage. This yield does not account for any appreciation on price and rental escalation. Accounting for these factors, investors should expect to make well over 10% per annum in income properties, beating inflation as well as Treasury bonds. The prospects for low interest rates and reasonable prices make the sector quite attractive.

Treasury bonds are highly liquid and both small and large investors can access them readily. However, investing in single-family rental and commercial real estate is not so easy and requires significant expertise and infrastructure. This may be about to change with real estate crowd funding innovations in progress.

Market fundamentals in commercial real estate continue to improve, but are the old school brick-and-mortar retailers feeling some pressure from e-commerce?

Retail sales account for one third of consumer spending. While April sales were a disappointment, there’s still optimism that the economy is poised for more growth after two strong months previously (including a 1.5% increase in March, the largest uptick since March 2010).

So why are Office Depot and Staples closing 400 and 225 stores, respectively, over the next two years? Why is Abercrombe & Fitch closing 30% of its U.S. stores? What conclusion can we draw from Wal-Mart reporting its fifth consecutive quarterly decline at the same time that trucking companies are increasing their orders to an eight-year high? The answer has a lot to do with the consumer not feeling so great. The unemployment rate continues to fall, but too much of that improvement is the result of discouraged job seekers leaving the workforce. The housing market, after being the driving force of the economic recovery, has cooled since rates moved up and the refinancing game played out. But is that the whole story?

Online purchases are expanding at the rate of more than 15% year over year. The increased popularity in online purchases isn’t a dollar-for-dollar hit to old school retailers because they’re offering and often winning in the digital marketplace. However, the reduced need for these retailers to maintain their brick-and-mortar footprint is becoming an issue for the commercial real estate market.

Retailers understandably are cautious about opening new stores and instead are targeting customers through multiple channels as a result of the continued growth in online sales. The economy may be improving and there’s optimism that the consumer can lead the way but, going forward, the big retailers will be contributing more incrementally to the shipping business than the commercial real estate business as consumer shopping patterns shift.

Great comebacks arenât easy to come by, in sports or business. But when they happen, the results can be pretty spectacular. In the playoff history of the three major U.S. team sports that play best-of-seven-game series (the National Football League does not), only five teams have ever come back to win a series after losing the first three games, four of them hockey teams.

The first was the Toronto Maple Leafs over the Detroit Red Wings in the 1942 Stanley Cup finals; the second wasnât until 33 years later when the New York Islanders turned the trick against the Pittsburgh Penguins in the 1975 Stanley Cup quarterfinals. Almost 30 years after that, the 2004 Boston Red Sox became the first baseball team to climb that mountain, beating the New York Yankees in the American League Championship series and vanquishing the curse of the Bambino in the process. The fourth team to accomplish this amazing feat was the Philadelphia Flyers, defeating the Boston Bruins in the 2010 Eastern Conference Stanley Cup semifinals (after being down 3-0 in game seven to boot). The fifth and final team to pull the rabbit out of its hat was the Los Angeles Kings just a couple of weeks ago, stunning the San Jose Sharks in the Stanley Cup playoffsâ first round. No National Basketball Association team has ever done it.

If the banking industry can take any inspiration from these comebacks, itâs the fact they are becoming more frequent. Banks have effectively been down three games to none to risk since the 2008 financial crisis, bruised and battered by waves of litigation, regulation and general public vilification, with some key players knocked out for good and others severely injured or sold off to rivals at deep discounts (Lehman, Bear Stearns, Merrill Lynch, Wachovia, Washington Mutual, et al). But the banking industry, bloodied but unbowed, is rallying. By facing down its toughest opponent with better governance, compliance and risk management, the banking industry is coming back both in the courts and the court of public opinion. While it didnât look good for a while, this one may go seven.