The Art Of The Sale

Transferable Systems Give Your Sales People The Edge They Need

How do you train a new producer with little to no experience to be successful? 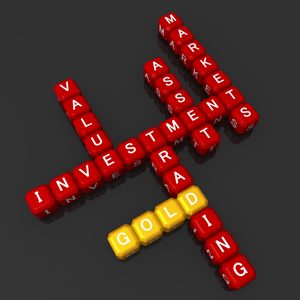 Mr. Silverman is Founder and Owner of Voluntary Disruption, the âAdvisorâs Advisor,â a division of Silverman Benefits Group (SBG), and author of âBreaking Through The Status Quo.â Connect with him at (443) 676-0340, or by email; [email protected] Visit voluntarydisruption.com.

The problem with teaching new sales recruits how to be successful in an industry that is literally designed for success isâ¦ getting started. Therefore, letâs start by answering these three questions honestly.

1) Do you source, interview, hire, and/or train new sales producers?

2) Do you have sales producers who think theyâre the worldâs best âcloserâ but you know theyâre not?

3) Do you agree that having a transferable and systematized closing methodology that every sales producer uses would greatly simplify and shorten your agencyâs learning curve and sales cycle?

If you answered âyesâ to any of the above questions, then Iâm here to send you and your agency a virtual life preserver, and you should most certainly keep reading.

About twenty years ago I was a newly on-boarded college intern with zero sales experience and definitely no insurance background. My manager, at the time, was an old school sales pro who preferred to have a conversation with prospects, and for the most part, shoot from the hip. To say he wasnât a great closer however, would be a lie â in fact it was quite the opposite, as he was and still is to this very day, one of the top closers Iâve ever had the privilege of learning from.

Hereâs the challenge â most of your sales producers arenât like my original sales manager. Take me for instance; green as can be, I struggled learning how to close from him since every meeting I saw him run was very different. Yes, they all started similarly and usually ended with him getting paperwork signed and scheduling an enrollment, but it was all of that important content in the middle that I would constantly get lost with.

There must be a better way to teach new sales producers, let alone those who have little to no experience in the insurance and benefits industry.

I went to a training a couple of years into my benefits career and learned about this thing called a âsiteseller.â To me, this was an incredible idea because I had just started helping new agentsâ prospect and close deals and I didnât want to see them struggle to get up and running independently the way that I had.

At that time, I would have considered myself a slightly above average âcloser,â but my biggest challenge wasnât actually closing the deal â it was closing the deal in a time efficient manner. Those who know me know that Iâm pretty âloquacious,â to use a word that a good friend and colleague would always use to describe me as. The beauty of using a siteseller was that it allowed me to start closing deals in less time because it provided a tangible roadmap that brought the prospect from A to Z in the sales cycle while leaving no stone unturned.

What made me a true believer in the siteseller was the fact that it was a simple and short PowerPoint presentation printed in color and put into a binder or bound together professionally â today of course, you can show it using your tablet. I saw the siteseller as a perfect way to begin a presentation with a clear methodology and systematized timeline of how I wanted and needed a new prospect meeting to go.

The Triple C â Cheesy, Corny, and Canned; This describes my original sales manager who could âwing-itâ and still close 9 out of 10 new accounts...

The siteseller began by framing the current state of the employee benefits industry and then it led smoothly into asking poignant and perfectly framed questions that would ultimately lead the conversation in the exact direction that I wanted it to. The best part of the siteseller was that it usually finished with what was originally designed to be a âtest close,â but that more often than not, turned out to be the part of the presentation where I would obtain signed paperwork and schedule the enrollment date.

Transferability Made the Siteseller a Real Game Changer

As my career progressed and I quickly moved into management I realized that I needed my entire organization âsoldâ on the siteseller. After all, with the sheer volume of sales producers I was hiring â I needed a transferable method to quickly teach a new producer with little to no experience in sales or insurance how to get up and running and profitable within a very short time frame.

Implementing a systematic and transferable way to close deals allowed my organizationâs newly closed accounts numbers to dramatically rise which in turn greatly helped with my new agent retention. It makes sense too â a new agent who closes deals fast has increased confidence levels that allow for them to keep âwinningâ while not having to worry about where their next commission check is coming from.

The quintessential devilâs advocate thinks that a siteseller is âcheesy, corny, and cannedâ â or as I like to call it the âTriple C.â This describes my original sales manager who could âwing-itâ and still close 9 out of 10 new accounts â fair enough. The challenge is that most of us, including yours truly, was never the worldâs greatest closer.

If youâre running a very small shop and youâre like my original sales manager and in turn will be able to run every single appointment â more power to you. The question I have for you is how do you scale? The scalability aspect when youâre the only one who can close a deal is virtually non-existent. How will you grow? What do you do when youâre busy or out of town that day? Does your agency just stop closing deals when youâre not around? Wouldnât you love to have the closing ratio of your firm remain at the highest optimum level whether youâre personally running the appointment or not?

My producers and I use the siteseller in any account and any industry â small to large, employer size doesnât matter. We even have a siteseller specifically designed for each of the two audiences we may encounter. One specifically designed and engineered for the final decision maker and the other for when meeting with a non-decision maker. In more than two decades of using a siteseller, and after personally closing hundreds of new accounts, Iâve rarely encountered a prospect who says they donât want me to use the siteseller and that theyâd rather me just speak to them directly without a âcannedâ approach. Has it happened? Sure. Can it be overcome? Absolutely.

Did you find value in my story? Are you curious what my sales producers and I say if a prospect tells us to ditch the âcannedâ presentation and just talk to them? Please share this article on LinkedIn, Facebook, and Twitter, and donât forget to leave your feedback and tag me! As a thank you, Iâm more than glad to email you what we say â full disclosure though; in my experience, this objection more comes from analytical sales producers who are thinking too much â the reality is that itâs a very rare occurrence in the real world.

Until we meet again, donât just have a good month â make it a great month!