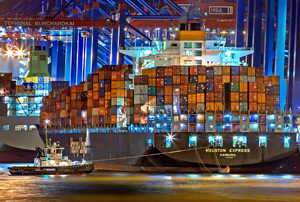 Friday also marked Q2’s last trading day. The U.S. economy remains strong thanks to low unemployment numbers and strong corporate earnings.[5] Meanwhile, on Thursday, the Fed announced that all but one bank passed stress tests evaluating their ability to weather a financial downturn.[6]Â This week, we’ll address President Trump’s proposed tariffs on international imports and their effect on stock performance.[7]

Unfair trade practices take several forms. In one scenario, foreign governments subsidize companies that export products. Those companies may in turn sell their products in the U.S. below cost. This approach can harm U.S. companies, cost jobs, and ultimately damage the economy.[10] The President also argues that imported metals are a threat to national security.[11]

The Impact: New Tariffs on the U.S.

Canada has responded to increased rates on steel and aluminum by announcing $16.6 billion in new tariffs on U.S. products, effective July 1.[12] On July 6, President Trump will determine whether to impose additional tariffs on $34 billion of Chinese goods.[13] Additionally, the U.S. Chamber of Commerce estimates that 2.6 million U.S. jobs could be on the line due to the administration’s trade policies.[14]

Already, nearly 21,000 companies have asked for tariff exclusions to import metal duty free. Some of these companies claim the current trade disputes have resulted in layoffs and possible relocations or closures.[15]

The U.S. Chamber of Commerce estimates that 2.6 million U.S. jobs could be on the line due to the administration's trade policies

Third-quarter trade developments will continue to influence markets and emerging economies.[16] In addition, after the financial sector just posted its longest losing streak ever, analysts will be looking at how and whether they bounce back. Meanwhile, markets will also track the yield curve, which measures the difference between short- and long-term bond pricing. The curve has flattened to its lowest levels since August 2007, as investors drive up long-term bond prices in their search for safety from market volatility.[17]

As details continue unfolding, we’ll be sure to keep our pulse on what lies ahead. In the meantime, please contact us if you have any questions on how these details relate to your financial life.