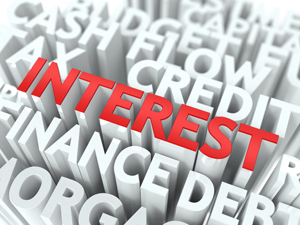 Last week stocks showed mixed results as political headlines continued to dominate the news. The Dow lost 0.89% and the S&P 500 was almost flat with a 0.02% gain.[1] The NASDAQ, on the other hand, reached a record high on Thursday and ended the week up 1.32%.[2] Both the S&P 500 and NASDAQ experienced their 4th week of gains in a row.[3] International stocks in the MSCI EAFE lost ground, posting a 0.52% decline.[4]
Two Key Perspectives From Last Week

1. Trade tension continued
Spats with U.S. allies – including Canada – and ongoing threats of a trade war with China captured investors’ attention last week. On Friday, equities briefly stumbled when the U.S. pledged new tariffs on Chinese goods, and China responded by promising the same level of tariffs on the U.S.[5] A true trade war could slow global economic growth, but the current tariff tension may be little more than negotiation tactics.[6]

2. Interest rates increased
On Wednesday, June 13, the Federal Reserve raised its benchmark interest rates for the 2nd time this year. Fed Chairman Powell said, “…the economy is doing very well. Most people who want to find jobs are finding them and unemployment and inflation are low.”[7] The Fed believes economic growth will continue at a faster rate than they last predicted. They also project that unemployment will fall to 3.6% by the end of 2018. The Fed may raise rates twice more this year.[8]

Getting caught up in the news cycles and international headlines is easy, but they often provide little perspective on what may actually lie ahead for investors. Instead of trying to predict market performance, we encourage you to focus on the data.

Spats with U.S. allies - including Canada - and ongoing threats of a trade war with China captured investors' attention last week

This week, we’ll gain new perspectives on the housing market, as well as employment. The insight will continue to help us build a picture of where the economy is today-and how to help our clients make the most of their opportunities.