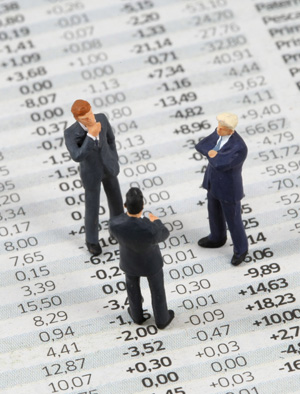 Â June 05, 2018 —Â WASHINGTON–(BUSINESS WIRE)–Today the JPMorgan Chase Institute released its first-ever study based on a new, proprietary data asset composed of institutional investor transactions, exploring trading around three recent events that led to the largest one-day moves in the relevant currencies in the last 20 years: the Brexit referendum, the 2016 presidential election and the decision by the Swiss National Bank (SNB) to remove the Swiss Franc floor.

The report, âFX Markets Move on Surprise News: Institutional Investor Trading Behavior around Brexit, the US Election, and the Swiss Franc Floor,â finds that:

During all three events, trading volumes for hedge funds, asset managers, and banks spiked, but only hedge funds transferred significant risk during the volatile repricing periods, participating in the establishment of the new market equilibrium. Asset managers, banks, corporates, pension funds/insurance companies, and the public sector transferred risk only after exchange rates had stabilized, and therefore did not participate in the price discovery process or act as a stabilizing force during these events.

These results imply that market makers established a new equilibrium exchange rate without the benefit of net flow information from a broad set of investor sectors.

It is likely that investors were all buying Swiss Francs because the surprise announcement from the SNB did not allow them to prepare, and this may have exacerbated the move in the exchange rate.

“The granularity of our transaction data allows us to provide an inside look at the trading behavior of various types of institutional investors during these three major market-moving events. In doing so, we spotlight how the FX market reached a post-event equilibrium exchange rate, including which investor sectors transferred risk during the price discovery process and which sectors waited until exchange rates had stabilized to transfer risk,â said Diana Farrell, President and CEO, JPMorgan Chase Institute. “As central banks and policymakers consider how and when to best announce market-moving policy changes, our analysis of the behavior of institutional investors can inform their decisions as they purse the appropriate balance between transparency in communicating policy actions and other critical factors, such as maintaining their credibility.â

About the Data Asset

The report leverages a new data asset that includes nearly 400 million institutional investor transactions across all asset classes, sourced from the Markets division of J.P. Morganâs Corporate & Investment Bank. The analysis in this report is based on 120,000 spot and forward FX transactions in Swiss Francs (CHF), the Pound sterling (GBP), or the Mexican Peso (MXN) that were executed in the hours before, during, and after news broke for each event. It includes measures of trading activity (measured by volumes) and risk transferred (measured by net flows) by six different investor sectors (hedge funds, banks, asset managers, corporates, pension funds/insurance companies, and the public sector) from all three regions of the globe (Americas, Europe/Middle East/Africa, and Asia/Pacific), and highlights the differences in size and pace of investor sector reactions to these major news events.

Detailed findings from this new research, include:

Finding One: FX trading volumes for hedge funds, asset managers, and banks spiked during the three events. In contrast, volumes for the corporate, pension/insurance, and public/other investor sectors barely increased.
While a spike in trading volumes would certainly be expected given the importance and market impact of these three events, corporate, pension/insurance, and public/other investors (the less active investor sectors) showed little change in trading volumes on the three event days relative to their average daily volumes over the prior year, despite the unexpected outcomes and largest one-day moves in the relevant exchange rates in 20 years.

Finding Two: Institutional investors traded significant amounts of FX risk during the events, but their net flows alone cannot explain the sharp exchange rate movements during the repricing periods.
While institutional investor net flows coincident with the sharp moves in exchange rates were large, they were no larger than the net flows that took place after exchange rates stabilized, indicating that the exchange rate moves just after the news broke were much larger than net flows alone would dictate.
Market liquidity for the three currencies was likely lower immediately after the news broke, and this may partially account for the disproportionate impact of net flows during the repricing periods.

Finding Three: Only hedge funds consistently transferred risk immediately after news broke and as currencies repriced sharply. Other investors transferred risk but only after exchange rates stabilized.
Therefore, only hedge funds participated in the establishment of the post-news equilibrium exchange rate.
These results imply that market makers established a new equilibrium exchange rate without the benefit of net flow information from all the investor sectors and regions.

Finding Four: The active investor sectors played different roles in each event: During the SNB event, they all bought CHF, trading in the direction of the prevailing move in exchange rates; during the Brexit event their net flows were mixed; and during the US election event they bought MXN, trading against the prevailing move in exchange rates.
In the minutes after the SNB announcement, hedge funds, asset managers, and banks all bought CHF as it appreciated sharply and potentially amplified the move in exchange rates, likely because the surprise announcement did not allow investors to prepare. There is evidence in the data that, on balance, hedge funds transacted as if they expected the EUR/CHF floor to remain in place up until the day it was removed.

These same three investor sectors had a mixed reaction during Brexit, as their net flows reflected both buying and selling in GBP as it depreciated, and during the US election event they were buying MXN as it depreciated. The timing of the Brexit referendum and the US election were well known, giving investors the opportunity to transact ahead of the events and account for all possible outcomes.

Finding Five: Within each investor sector, there was considerable variation in trading behavior during each event.
Regardless of the magnitude of the net flows at the investor sector level, there are both buyers and sellers of considerable size within each active sector.
This within-sector variation refutes the idea that all investors in a particular sector transacted in the same direction at the same time during these three events.

Finding Six: Banks and hedge funds traded higher volumes outside of their normal business hours and outside of a currencyâs local market; other investor sectors did not.

Bank and hedge fund trading volumes spiked compared to average volumes during the overnight hours for both GBP and MXN, a marked change in trading behavior. These same two investor sectors were also the most willing to trade outside of their normal business hours.

Asset manager trading volumes only spiked during US trading hours, 10 to 20 hours after the news broke for both the Brexit referendum and the US election.
About the JPMorgan Chase Institute

The JPMorgan Chase Institute is a global think tank dedicated to delivering data-rich analyses and expert insights for the public good. Its aim is to help decision makersâpolicymakers, businesses, and nonprofit leadersâappreciate the scale, granularity, diversity, and interconnectedness of the global economic system and use better facts, timely data, and thoughtful analysis to make smarter decisions to advance global prosperity. Drawing on JPMorgan Chase & Co.âs unique proprietary data, expertise, and market access, the Institute develops analyses and insights on the inner workings of the global economy, frames critical problems, and convenes stakeholders and leading thinkers. For more information visit: JPMorganChaseInstitute.com