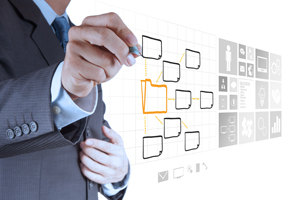 In response to this growing importance, the EBRI IRA Database was developed by the Employee BenefitÂ Research Institute (EBRI) to analyze the status of and individual behavior in IRAs. This is the fourth annual IRAÂ database study of longitudinal changes in IRAs, supplementing annual cross-sectional analyses.

This Issue Brief, using the EBRI IRA Database, specifically examines the trends in account balances,Â contributions, withdrawals, and asset allocation in IRAs from 2010â2015. Results from both the annual crosssectionalÂ sample and a consistent sample of IRA owners who have been in the database in each year from 2010â2015 are presented. This allows for the investigation of the behavior in IRAs that are continuously maintained, insteadÂ of the results being affected by new and former IRA owners.

Not surprisingly, results show significantly higher balances in the consistent sample of IRAÂ owners compared with the annual cross-sectional sample. While the cross-sectional overall average balanceÂ increased 36.1 percent from 2010 to 2015, the increase for those IRA owners who continuously owned IRAs fromÂ 2010â2015 was 47.1 percent.

Not surprisingly, results show significantly higher balances in the consistent sample of IRA owners compared with the annual cross-sectional sample

This pattern is the result of the increasing percentage of individuals in this sample surpassing theÂ required-minimum-distribution (RMD) age each year due to the sample size being constant from yearÂ to year. Moreover, the likelihood of taking a withdrawal increased with age.