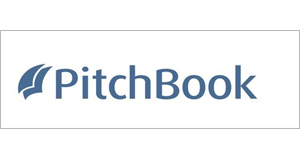 SEATTLE, July 10, 2018 /PRNewswire/ — Investment in 3,912 venture-backed companies reached $57.5 billion invested across 3,997 deals in the first half of 2018, according to the PitchBook-NVCA Venture Monitor, the authoritative quarterly report on venture capital activity in the entrepreneurial ecosystem jointly produced by PitchBook and the National Venture Capital Association (NVCA). At this pace, venture investment is expected to meet or exceed capital invested in 2017, which saw the highest amount of capital deployed to the entrepreneurial ecosystem since the dot com era (early 2000’s). Deal value was driven in part by investment in late-stage companies and unicorns, however, deal sizes increased across all stages. This is most notable in the angel and seed stage, which has been boosted by the emergence of pre-seed financings. These pre-seed rounds allowed for more mature business models by the time of initial seed rounds, naturally leading to larger deal sizes. Additionally, the venture exit market remained healthy in the first half of 2018 and is expected to continue improving with several unicorns poised for exits. Venture fundraising also remained strong, especially for first time fund managers with niche or regional strategies.

“The sheer amount of capital available across the entire venture landscape is reaching unprecedented levels. Different from previous years, it’s not just unicorns or top-end companies raising large rounds â its companies at every stage,” said John Gabbert, founder and CEO of PitchBook. “Once startups are able to produce solid business metrics and establish a business model capable of scaling quickly, they see high demand from venture investors looking to put their capital to work. I expect to see continued momentum in the venture industry, especially with an improving exit market, as GPs will be able to consistently generate strong returns.”

“The first half of 2018 shows that the investment environment for venture-backed companies is just as robust as it was in 2017, and 2018 may end up even stronger than that banner year,” said Bobby Franklin, President and CEO of NVCA. “The increasing optimism around the IPO market is good news for late-stage companies looking to go publicâand for the investors and LPs backing themâalthough the longevity and level of openness of the IPO window remain to be seen. Companies going public and staying public, particularly small cap tech companies, remains an issue, though recent regulatory discussions to enhance the 2012 JOBS Act are encouraging. This along with a strong investment and fundraising environment are positive signs for young, innovative U.S. companies that will fuel the future of our economy.”

Venture capital (VC) dealmaking in 2018 is on track to challenge 2017 for the most capital invested since the early 2000’s. Outsized investments in late-stage companies helped drive deal value as older companies continued to raise private capital and prolong exits. More than 20% of total VC financing in 2018 was invested in VC-backed unicorns ($11.8 billion). This group has secured at least 20% of total VC capital invested since 2015. Challenging traditional angel and seed investment norms, median deal size reached an all-time high for this stage at $1.4 million â up from $1 million in 2017. The increase in deal size in the angel and seed stage is partly due to the emergence of pre-seed financing as well as an increase in the median age of startups. In 2Q 2018, the median age of a company in the angel and seed stage rose to 3.11 years, up from 2.4 years in 2017, allowing for more time to develop successful business models and increase valuations. Another emerging trend was increased activity by private equity (PE) investors as a result of increased competition in PE coupled with maturing venture-backed companies. VC financings with participation from a PE firm accounted for 30% of total deal value.

In the first half of 2018, there were 419 venture-backed exits totaling $28.7 billion, on pace to match exit counts from 2017. While exit value dipped slightly from 1H 2017, exits of $500 million or more accounted for roughly 50% of capital exited. For instance, in the second quarter the acquisitions of Flatiron ($1.9 billion), Ring ($1.2 billion) and Glassdoor ($1.2 billion) were landmark deals that helped drive exit value. This trend will likely continue throughout 2018 with several unicorns poised for an exit. A closer look at exit types shows the IPO market remained healthy and is on pace for the second-best year in the past decade in terms of IPO count with 43 IPOs and $6.3 billion in exit value completed. The largest public debuts of the quarter included DocuSign ($629 million), PluralSight ($310 million) and SmartSheet ($174 million). It’s also worth noting, eight companies debuted at a valuation above $1 billion in the second quarter. Additionally, as venture-backed business models continued to mature, private equity-backed buyouts accounted for a higher proportion of exit counts. There were 27 buyouts totaling $2.0 billion in the second quarter. If this pace continues, 2018 may reach the buyout activity achieved in 2017, which saw more buyouts (154) as a venture-backed exit strategy than any year prior.

Venture capital (VC) dealmaking in 2018 is on track to challenge 2017 for the most capital invested since the early 2000's. Outsized investments in late-stage companies helped drive deal value as older companies continued to raise private capital and prolong exits

Venture capital funds closed at a strong pace in the first half of the year, with $20.2 billion raised across 157 vehicles. At this pace, 2018 will likely become the second year in the past decade to see more than $40 billion committed, adding to the already high amount of VC capital available to startups. What’s more, median fund size reached the highest level since 2008 ($65 million in 2018) and the median time to close a fund decreased to 10.3 months, the lowest since 2011 (10.0 months). First-time fund managers also saw success on the fundraising trail. In the first half of 2018, there was $1.9 billion raised across 26 first-time funds, on track to exceed 2017 first-time fundraising activity in terms of fund count. Further examining this trend, 2018 is pacing to become the most active year for first-time micro funds (sub $50 million) in both fund commitments and total count, with $307.9 million raised across 15 vehicles. This can be attributed to the increased emphasis by venture investors to pursue niche strategies or regional focuses â an emerging trend observed over the last several quarters.

The full report will include the following components:

To download the full report, click here.Â PitchBook and NVCA will also be hosting a webinar in partnership with Silicon Valley Bank, Perkins Coie and Solium, on July 31, 2018 from 9:00 â 10:00 am PDT. Please click here to register.

About PitchBook
PitchBook is a financial data and software company that provides transparency into the capital markets to help professionals discover and execute opportunities with confidence and efficiency. PitchBook collects and analyzes detailed data on the entire venture capital, private equity and M&A landscapeâincluding public and private companies, investors, funds, investments, exits and people. The company’s data and analysis are available through the PitchBook Platform, industry news and in-depth reports. Founded in 2007, PitchBook has offices in Seattle, San Francisco, New York and London and serves nearly 16,000 professionals around the world. In 2016, Morningstar acquired PitchBook, which now operates as an independent subsidiary.

About National Venture Capital Association
Venture capitalists are committed to funding America’s most innovative entrepreneurs, working closely with them to transform breakthrough ideas into emerging growth companies that drive U.S. job creation and economic growth. As the voice of the U.S. venture capital community, the National Venture Capital Association (NVCA) empowers its members and the entrepreneurs they fund by advocating for policies that encourage innovation and reward long-term investment. As the venture community’s preeminent trade association, the NVCA serves as the definitive resource for venture capital data and unites its member firms through a full range of professional services. For more information about the NVCA, please visit www.nvca.org.